It is always great to go on foreign trips to see wildlife. All of my trips were with friends who have this shared passion. This trip was different. This was my first trip together with Yara. I can already tell that I loved every bit of this trip.

I knew this trip would be different. My focus was not just to see as much wildlife as possible. Besides having a great time with Yara I had only one ‘wildlife goal’. My ‘wildlife goal’ was to see and photograph the Common Chameleon (Chamaeleo chamaeleon).

On the 24th of April 2015 we flew to Faro with a stop in Munich. Our plane departed at 7.00 hour. We had to be around 5.00 hour at Schiphol Airport to check in our baggage. We were lucky that Sander (Yara’s brother) brought us to the airport. Thanks again!

We arrived at the Cabanas Park Resort in the afternoon. This resort was in the Parque Natural da Ria Formosa. We were surrounded by nature, but a touristic boulevard was also very close. From now on I will focus on the wildlife part of the trip. I can also write about all the good food and ice-cream, but then I will have to start another website as a side project. 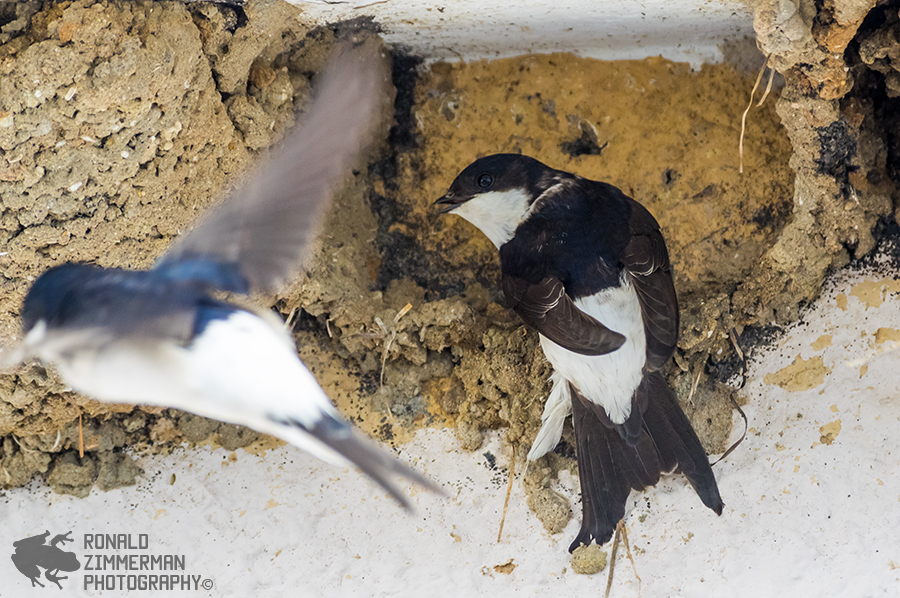 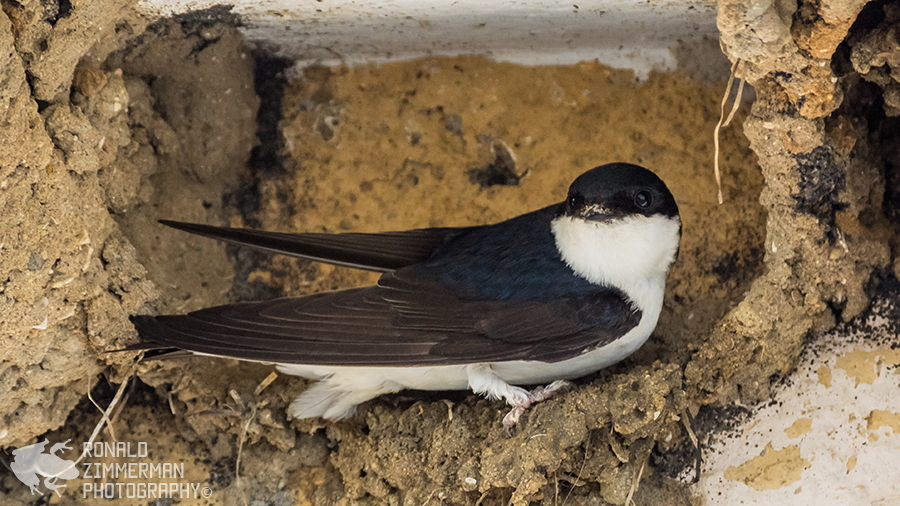 Near the Cabanas Park Resort, on a wall, there were Moorish Geckos (Tarentola mauritanica). This gecko is very common around here. You can easily find them on walls and rocks. Geckos are always great to watch, so being common does not matter to me. It was the first reptile specie of the trip and I continued to photograph them whenever I had the opportunity to. 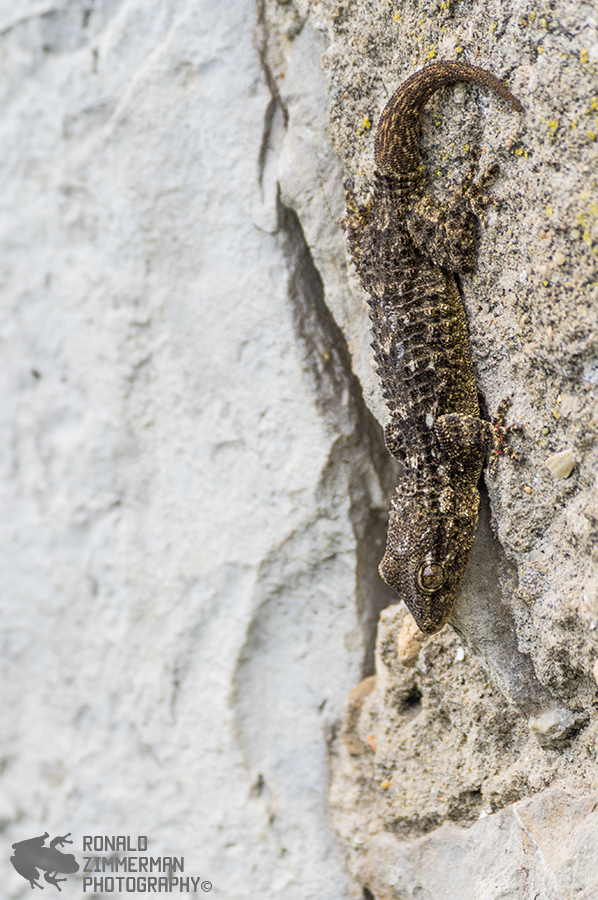 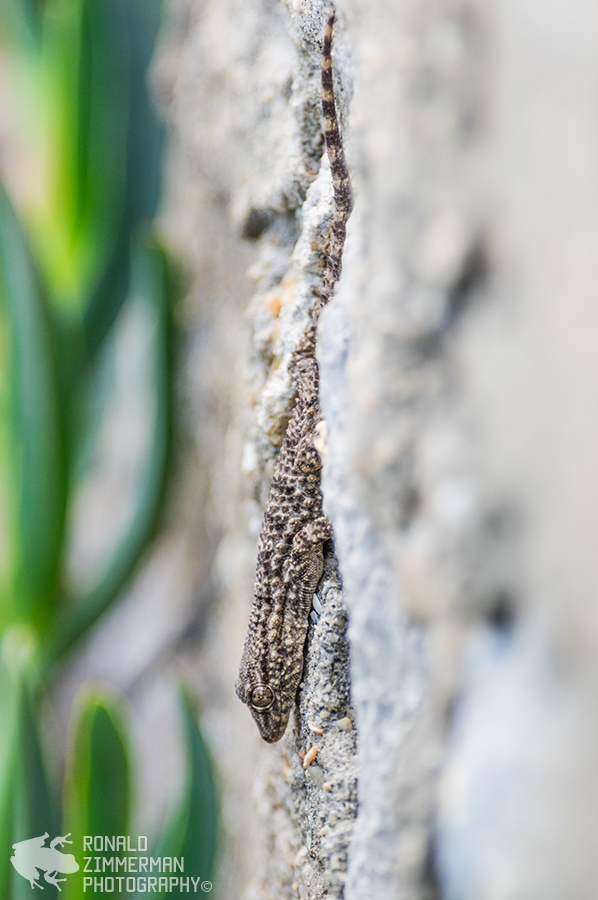 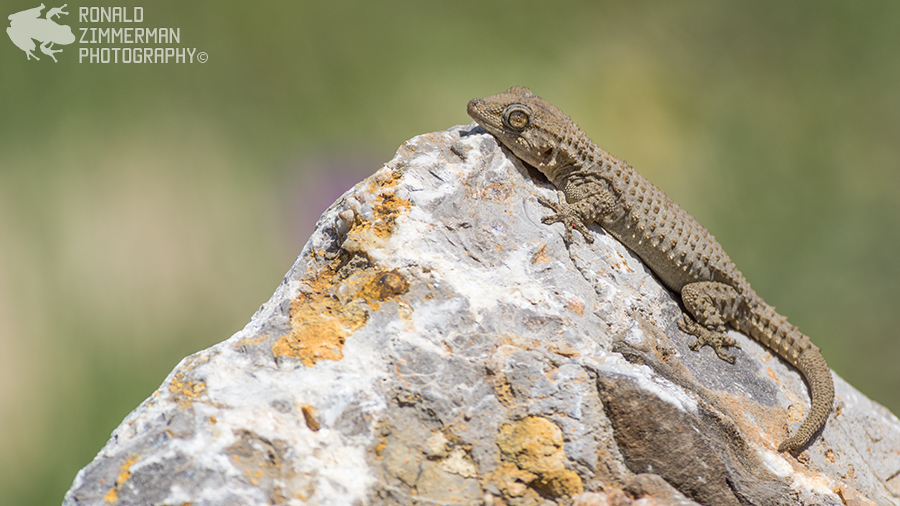 Before booking this trip I already knew that there are Common Chameleons (Chamaeleo chamaeleon) in this area. I was already warned that the density of chameleons is very low in this area. In Spain, and near the Spanish border, I would have had more chance to find chameleons. They said that if I look hard I might see one. It was good to know. It lowered my expectations.

On the day of arrival we already searched a bit. It was cold, windy and we were tired of getting up early and traveling. So no chameleons yet.

On Saturday we decided to go to the island next to our resort. On the way to the small boat we also searched at a known chameleon location. No luck, but on the island we went on searching. Yara started to become fanatic and determined to find a chameleon for me. We did not find one, but the surroundings and beach were beautiful. Searching chameleons was more like hiking with a goal. 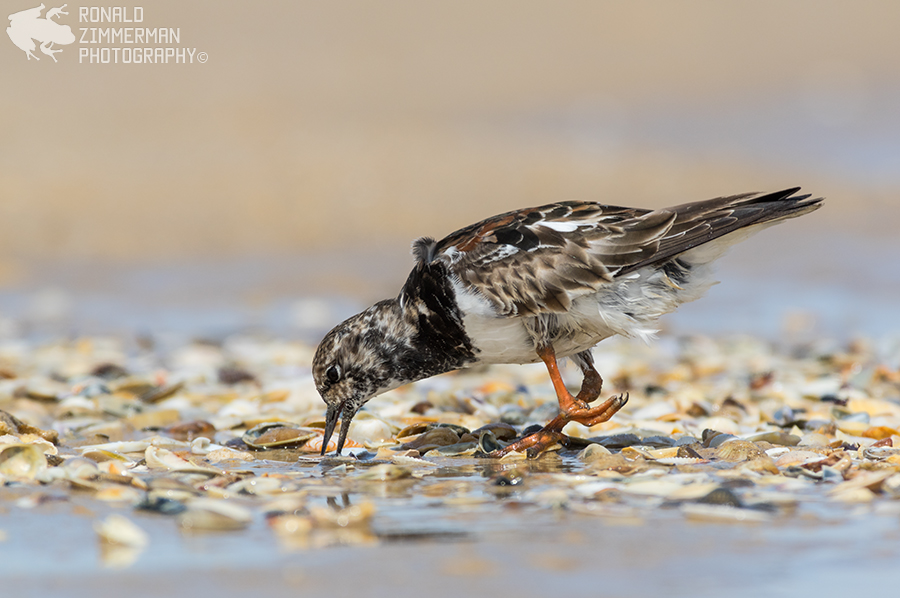 On Saturday I decided to go out at night to search resting chameleons. When I arrived at the known chameleons side I searched for less than five minutes and I found one. It was a juvenile. It was time for a photoshoot. The chameleon was on a good place to photograph. After some photos I went back to the resort to get Yara. I told her that I found one. After that she came with me because she really wanted to see it. At the spot I made more photos. When we walked back I saw another one in the bushes. Time for the second photoshoot. 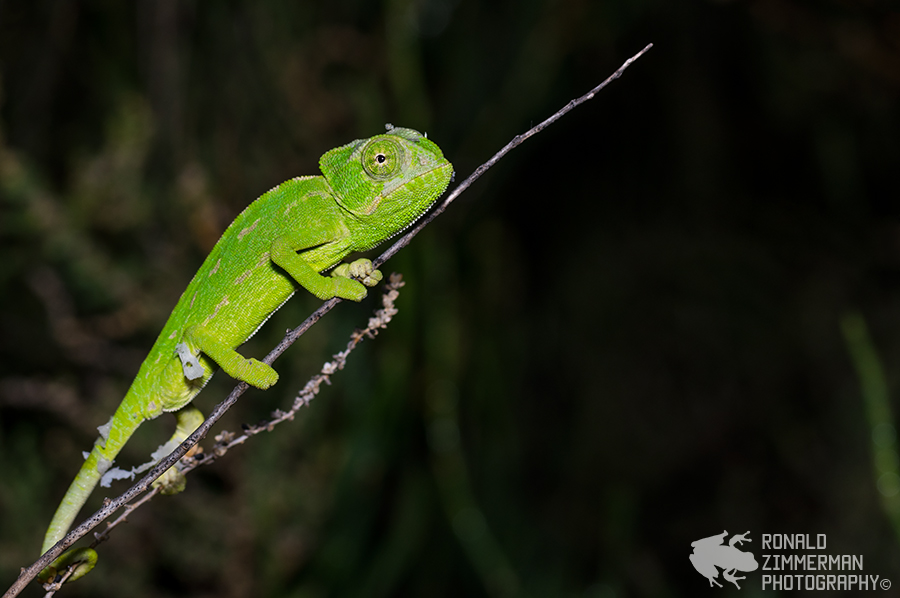 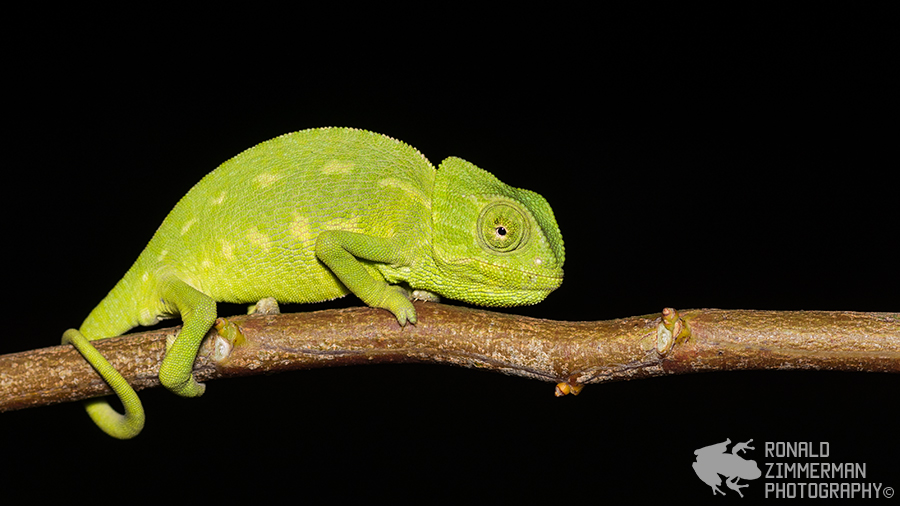 On Sunday the weather forecast was not so good. In the morning it was raining, but when the weather cleared it was time to go out. We rented two bikes. We went to Tavira. On the way back we went to another place where we could possibly find chameleons, but we had no luck.

On Monday we went to Ilha de Tavira. It was a nice Island where we first ate a delicious burger at a restaurant with a chameleon logo. It was a great move and maybe a sign. After this burger Yara found an adult chameleon during daylight! My wish came true! During daylight they are much harder to find. I wanted to photograph a chameleon during daylight because of the better lightning. I really enjoyed the moment and photographing this *David Attenborough superlatives* creature. I was happier than I already was. 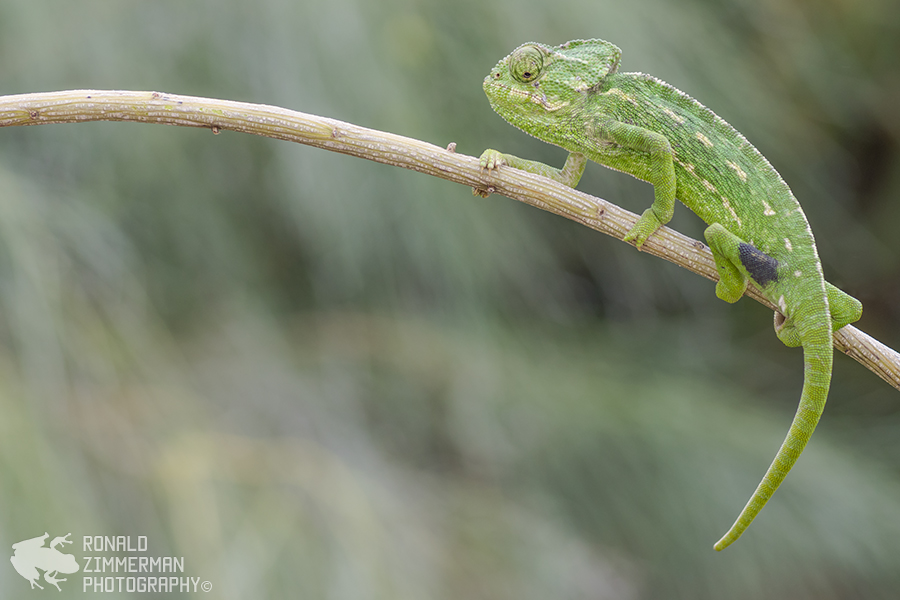 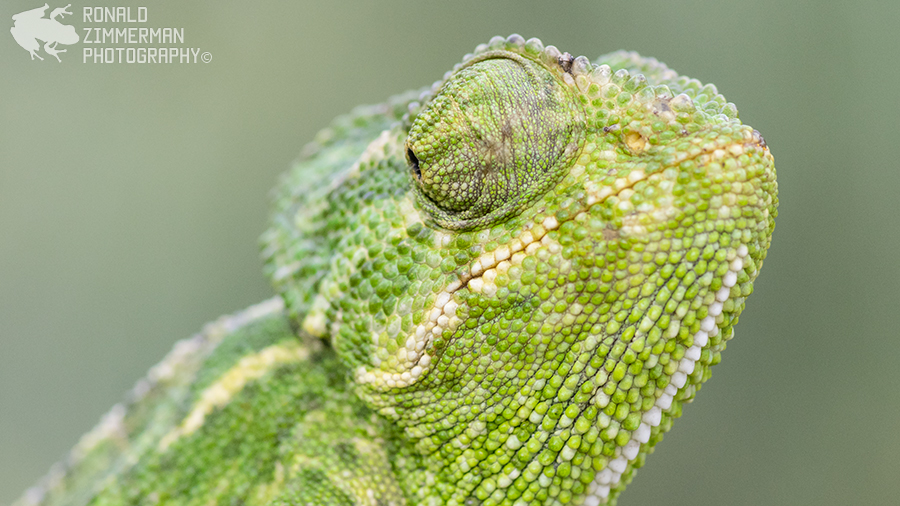 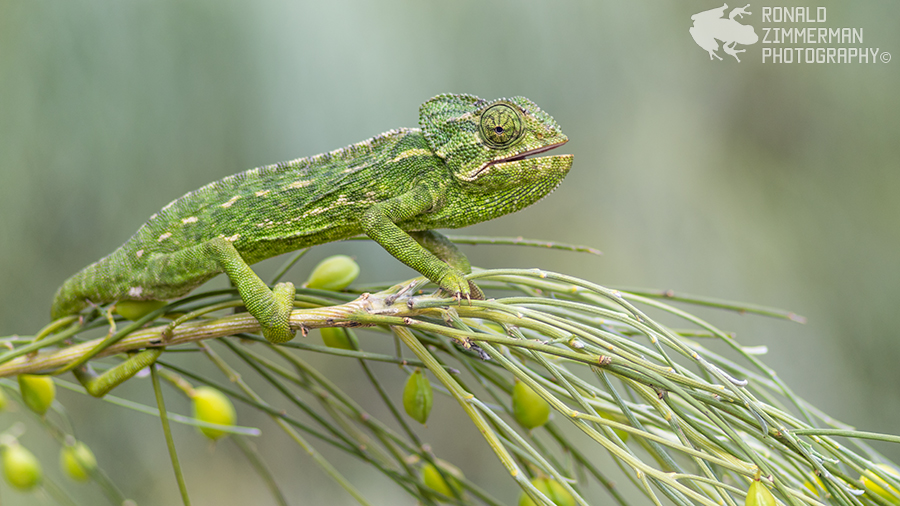 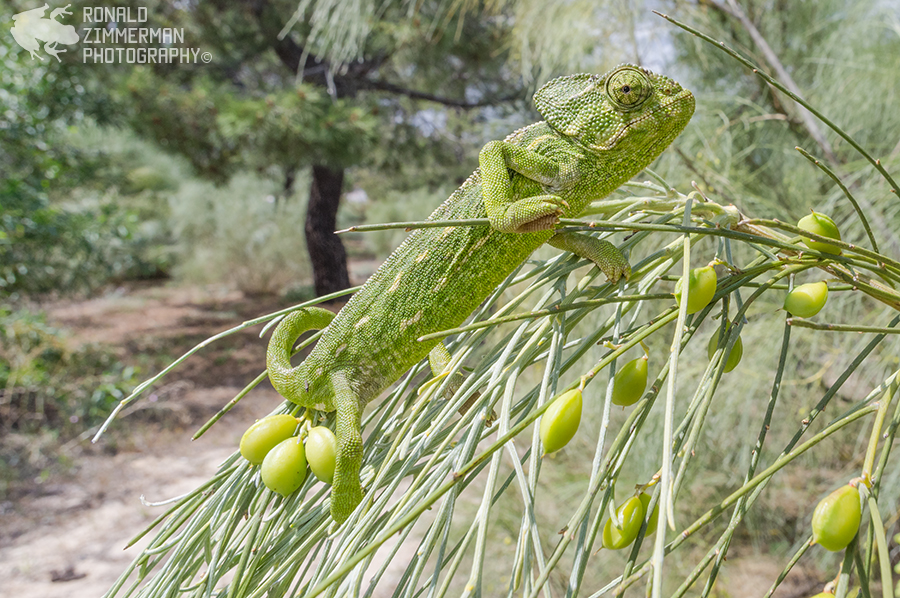 On Tuesday night I went out to see a chameleon one more time. At the known chameleon location near the resort where I first found chameleons there were four chameleons this time! I found two juveniles (probably the same as the other night) and also two adults. I photographed one of them. I did not bother the other chameleons. It would be unnecessary to disturb them. I enjoyed watching them. 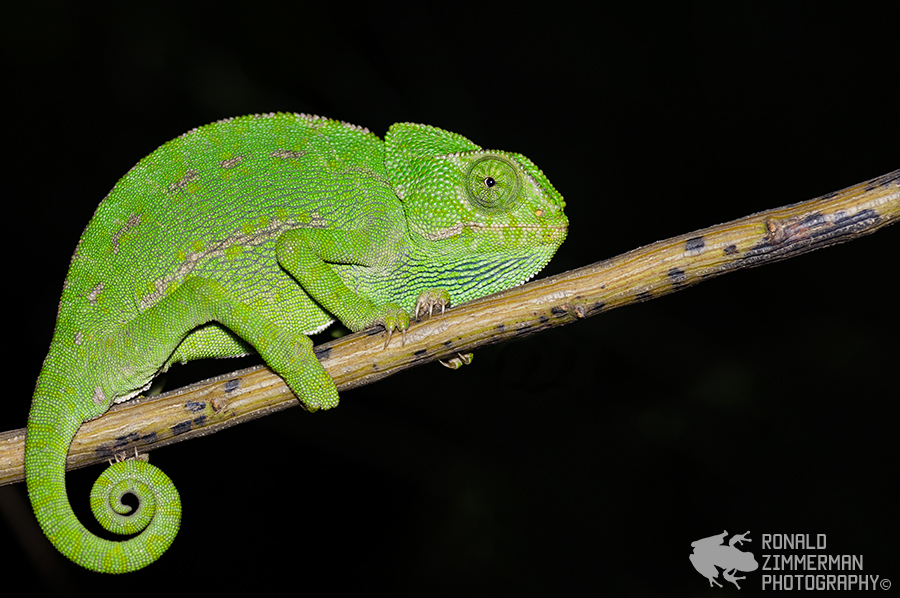 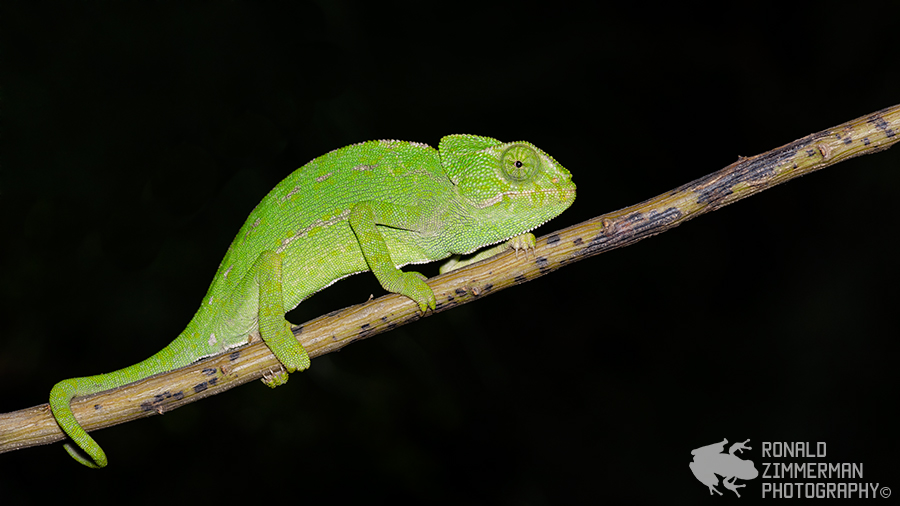 On the last day we went to the boulevard of Cabanas de Tavira to have lunch and eat another delicious ice-cream. You should definitely go to ‘Gelata Ria Formosa’ (it is highly recommended by Yara) . It is not my way to bribe Yara, but after this we went to the chameleon spot for one more look. Again she found a chameleon by daylight! This time a juvenile. She was the ‘daylight chameleon search queen’! 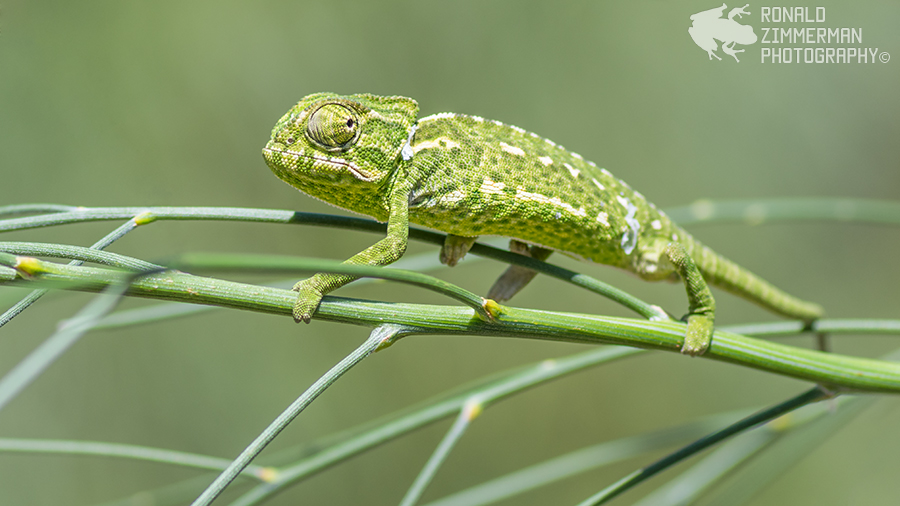 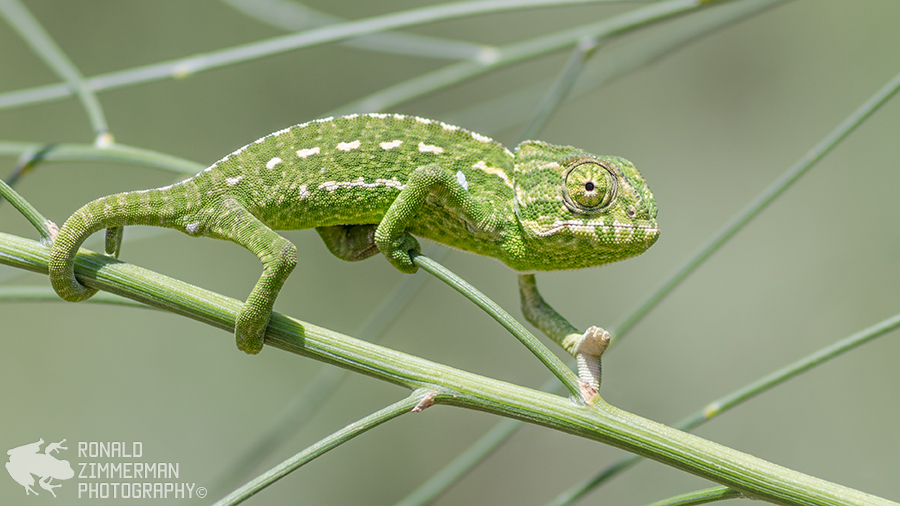 In the area around our resort we already saw a pair of Hoopoes (Upupa epops). They were flying around the area all the time. One time on the way to the boulevard one of the Hoopoes was foraging on the roundabout. I am not a bird photographer, but Hoopoes are beautiful birds and this was a chance I had to exploit. 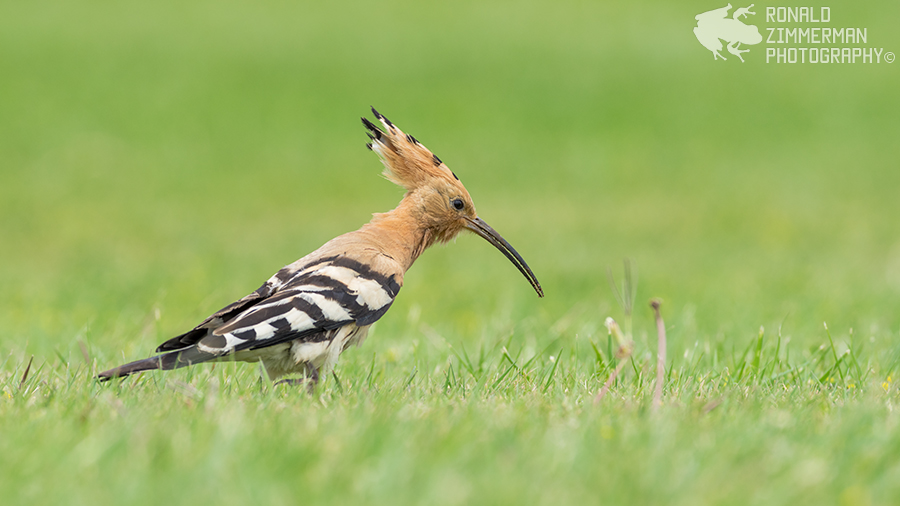 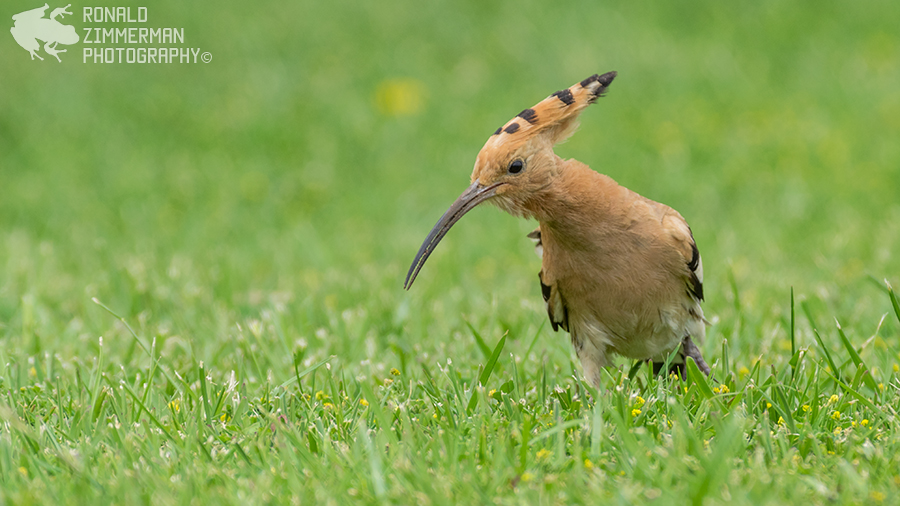 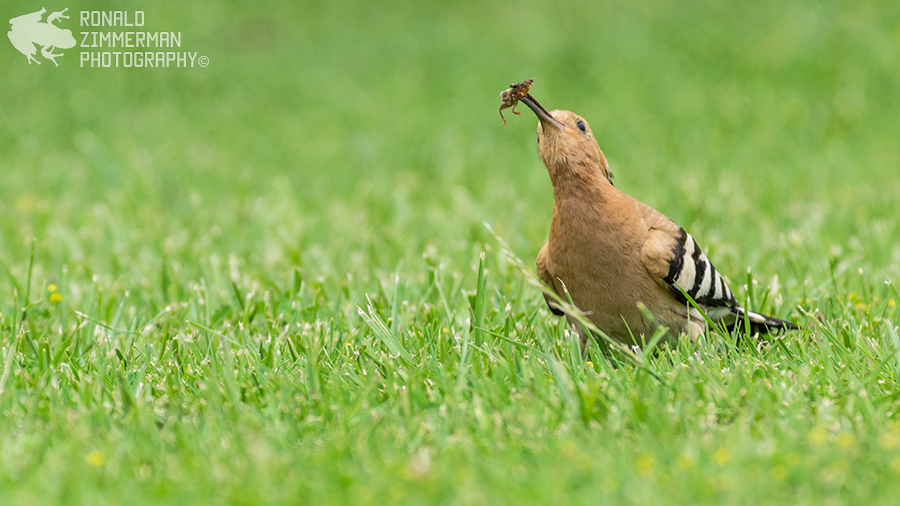 On Sunday after the weather cleared we rented bikes to go to Tavira. On the way we stopped to see the Greater Flamingos (Phoenicopterus roseus) in the salt plains. There were also Black-winged Stints (Himantopus himantopus) flying and walking around. It is actually quite funny to see them walking with the long legs. In the same area we also saw European Bee-eaters (Merops apiaster), but these beautiful birds did not want to pose in front of my camera. 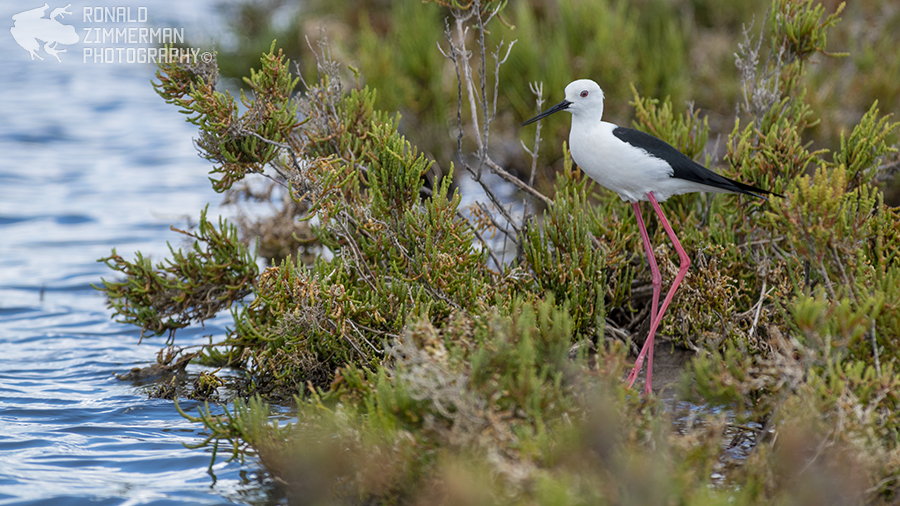 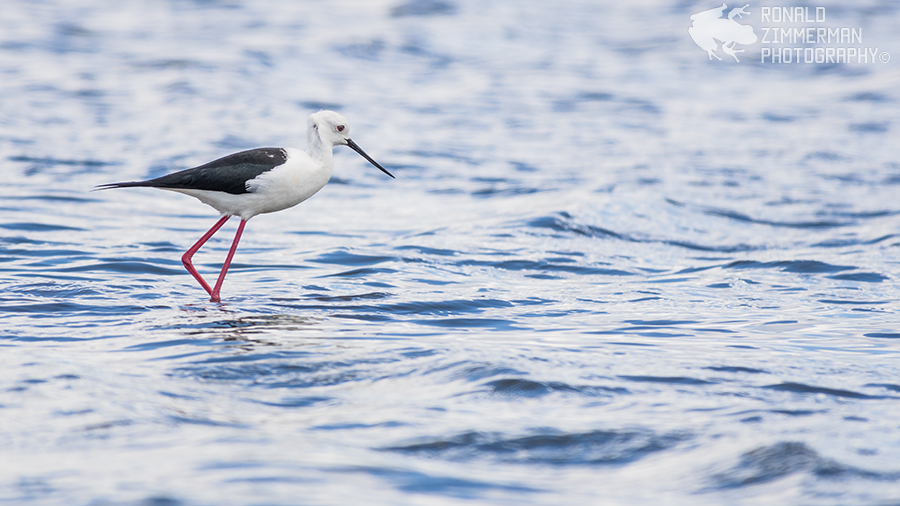 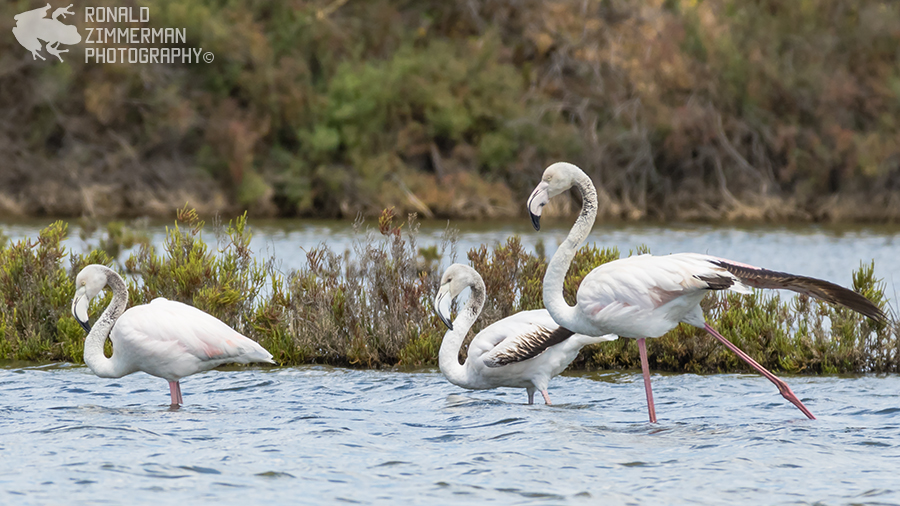 On Monday after finding the adult chameleon by daylight we went to an Indian restaurant in Tavira. We both love Indian food. Indian food is not just delicious, but it also makes me speak ‘frog’.

On our way back we stopped at a place where I expected to be Stripeless Tree Frogs (Hyla meridionalis). When we arrived I heard at least three of them calling. I started to search them vocally. When I approached they stopped calling. Was it fear, or were they holding their breath because I was calling back?

After a while I found out where one of them was calling from. They just have the urge to start calling again. After I found this lovely frog it was time for a photoshoot.

On Wednesday evening we had to go home. As I already said, I enjoyed every bit of this trip. We had a great time together, the food was very delicious, and we found Common Chameleons! My one and only ‘wildlife goal’ was also accomplished.

After landing Yara’s dad picked us up at Schiphol Airport (thanks again). This trip was over, but my next trip is very soon. On Friday I will go to Sierra de Andújar (Andalucia, Spain).

My next report is about my trip to Sierra de Andújar (Spain). You can find that report here.