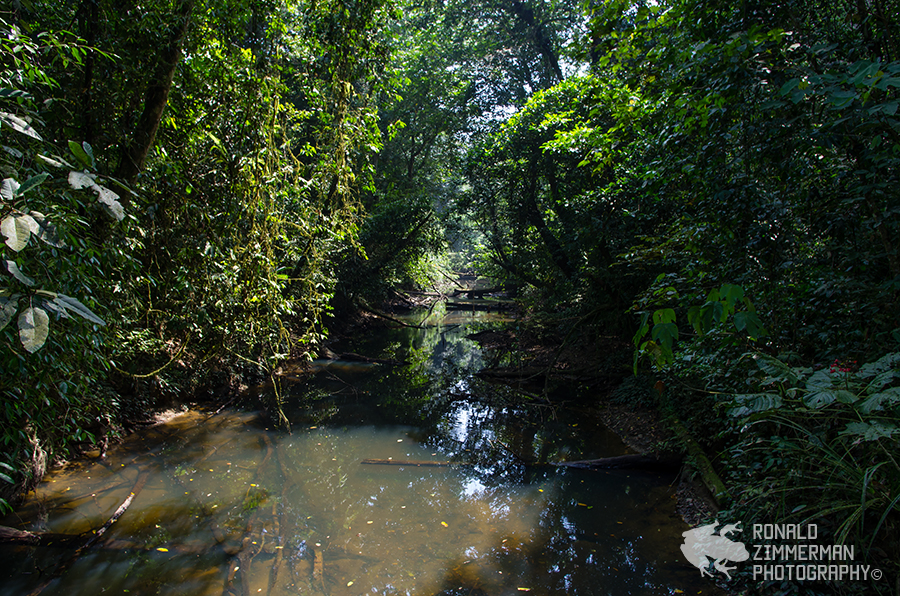 For this trip we needed medication against malaria (Malarone). We did not need it for the coastal areas, but we definitely needed it for Gunung Mulu NP. I used it for quite a time without significant side effects. My stamina was less than normal, but that could have also been the heat and moist. One of the side effects of the Malarone was hallucinations. I did not have one yet.
The first night in Mulu we stayed at a home-stay near the park. It was very basic, very warm and with a aggregate next to the room for power. After a short night walk I came back to sleep. It was very warm, the aggregate made a lot of noise, there were many jungle sounds and I was exhausted. When I started sleeping I was dreaming instantly. I was also very aware that I was dreaming. Everything was turning, there was jungle around me, the sounds of the jungle became louder and snakes and frogs appeared very colorful in some kind of graphical show. It was a bit of a mix between jungle, disco and turning patterns. The only disappointment was that there was no Jimi Hendrix music. I must say that this side effect was not bad for €3 per pill.

I never make lists with species I have to see on a trip. Sometimes I wish to see an animal, but that is all. On this trip I really wanted to see a pit viper. It did not matter which species of pit viper it was, so the bar was not very high. In Kinabalu and Crocker Range I did not see one, but this time in Mulu I had big hopes. I already met a guy in Mount Kinabalu NP who went to Mulu NP first, and he said that there was one very close to the toilets in Gunung Mulu NP. Seeing one was almost a sure thing.

On the first night a Spanish guy pointed me the location of the most famous pit viper of Gunung Mulu NP. The snake was there for a long time and did not move a lot. I went to the snake a few times a day and sometimes after a nightwalk. The snake was there all the time. The only time I saw the snake a bit more active was after a typical tropical thunderstorm.
On the first full day we also did an organized night walk. The guide showed us the second pit viper. Also that pit viper was at the same spot all the time.
During the trip all the pit vipers I saw were Wagler’s Pit Vipers (Tropidolaemus wagleri) to me. All my books pointed me to that species. I was wrong, because after a re-evaluation in 2007 all so called Wagler’s Pit Vipers from Borneo are actually Bornean Keeled Green Pit Vipers (Tropidolaemus subannulatus). Both were great models to photograph. 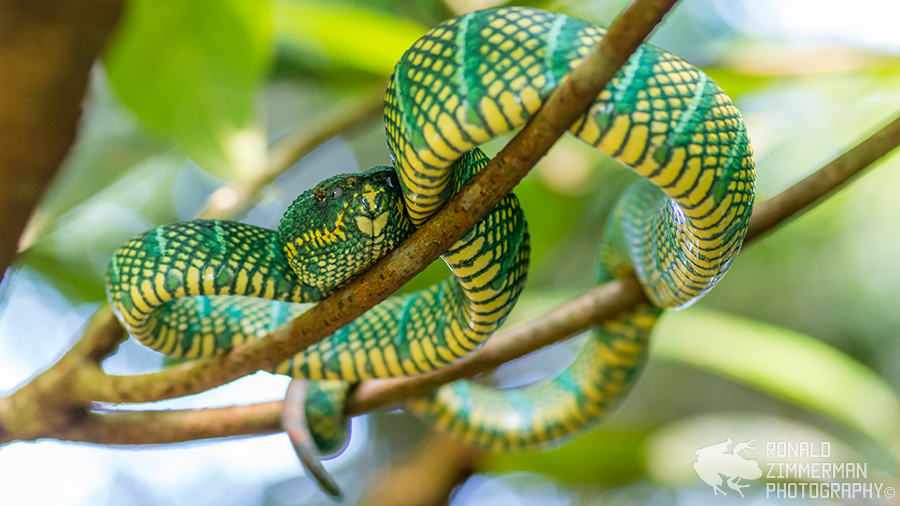 On the first full day in Gunung Mulu NP we did an organized night walk. The guide was very good and we were with only eight people (so with two other people). We saw Slow Loris, Civet Cat, Rough-sided frogs (Rana glandulosa) and some Gecko sp.. It was very successful, so we did this every night.
During the night the sounds around you are impressive. You can not simulate this at home. Sounds are coming from every direction, from close to you and from far away. Some sounds were beautiful and some just very loud. We had good headlights and we needed them. Not just to make it easier to find animals, but when you turned them of it was pitch dark. With no lights on you could not even see the person next to you. The only thing that was visible was the edge of the trees and sky. In the Netherlands we do not have darkness like that outdoors. 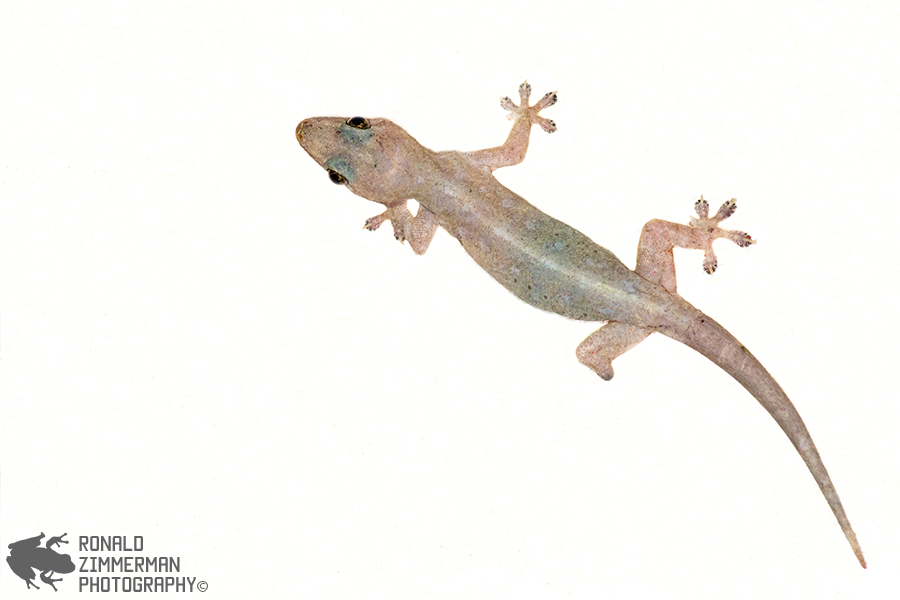 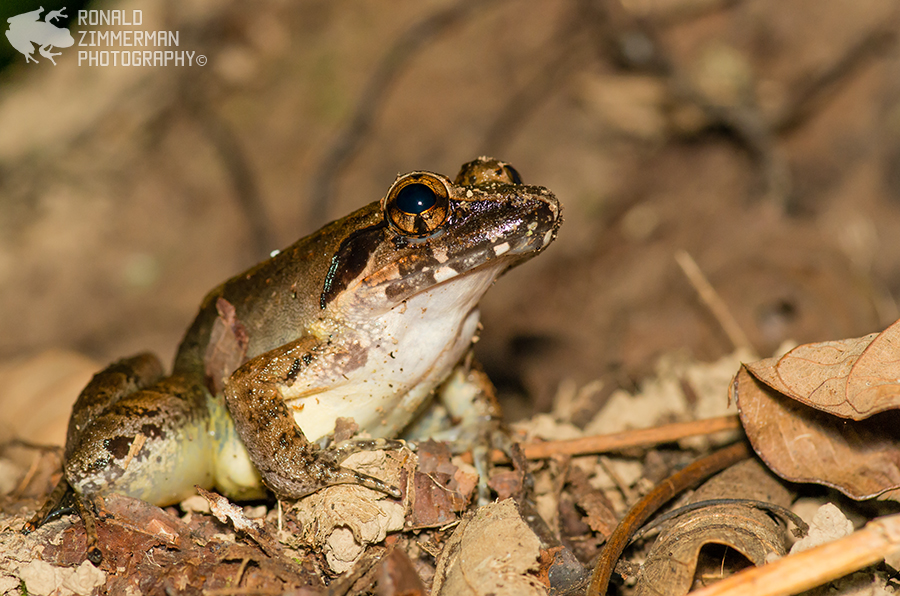 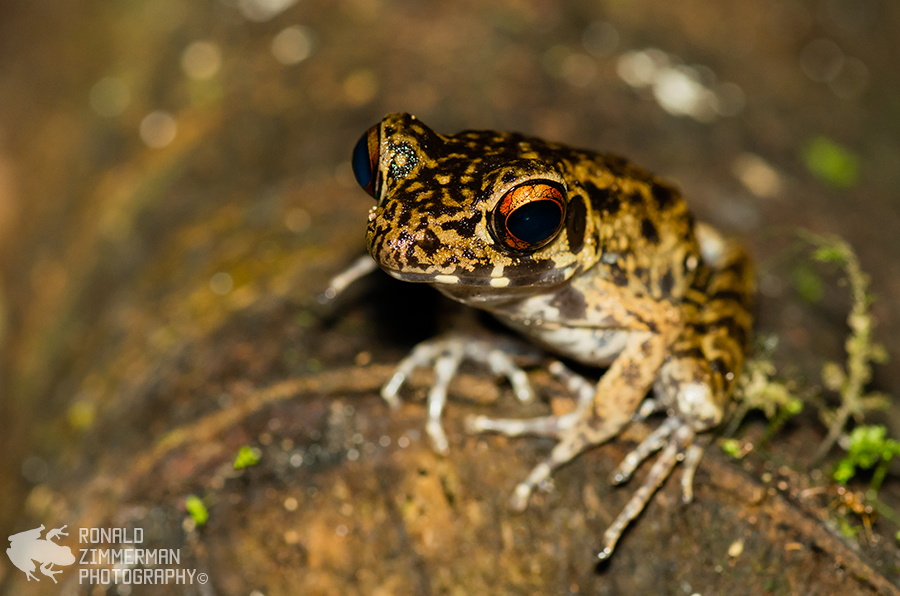 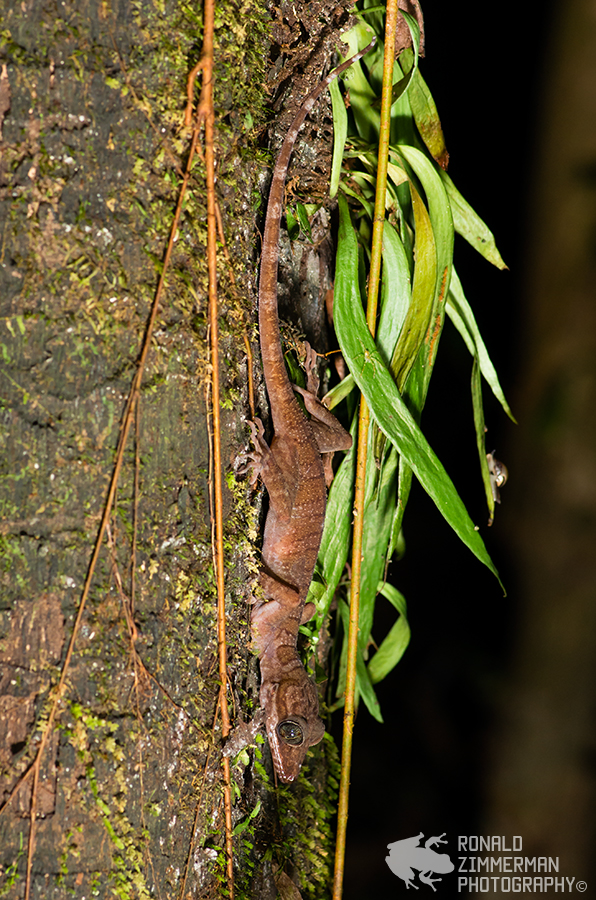 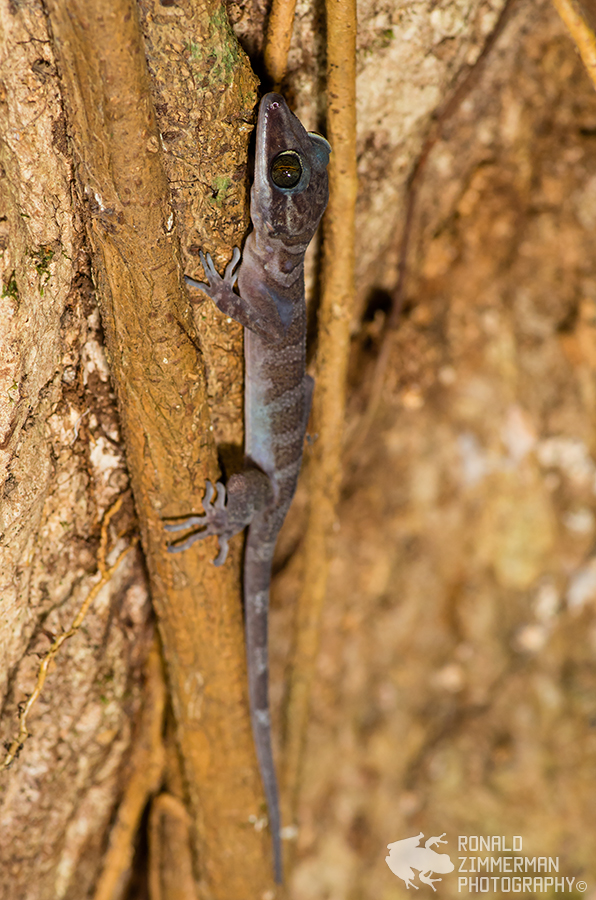 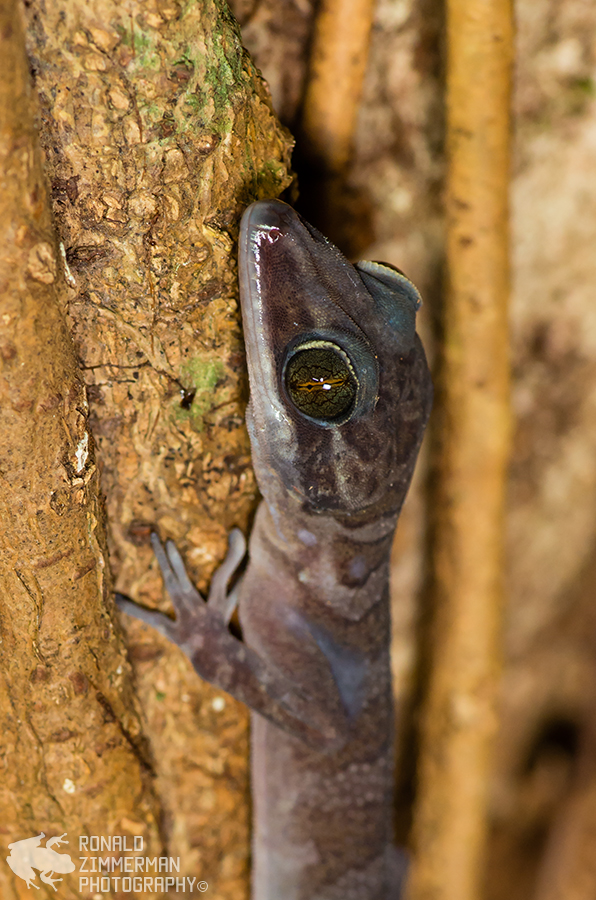 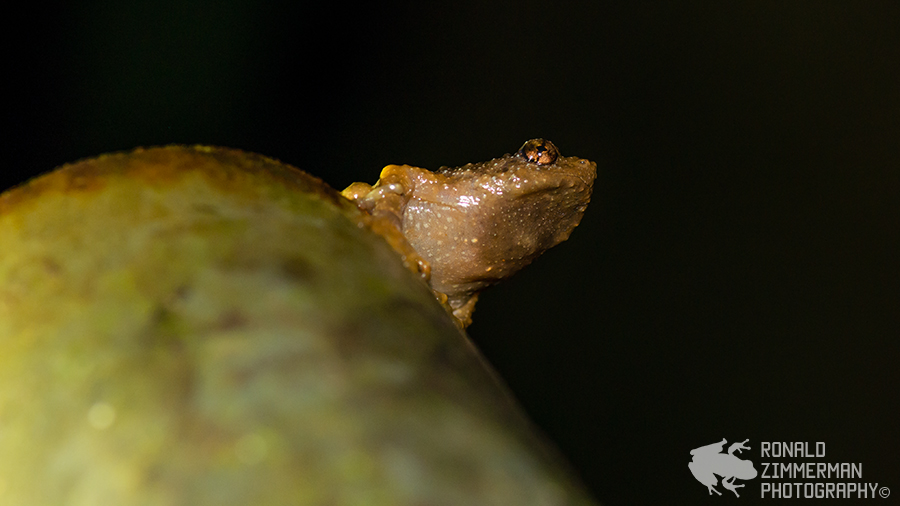 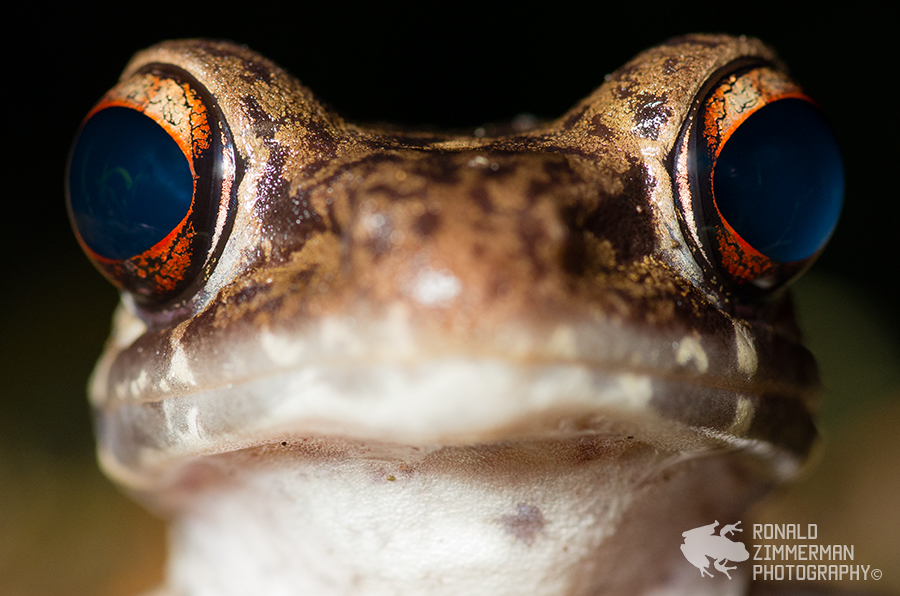 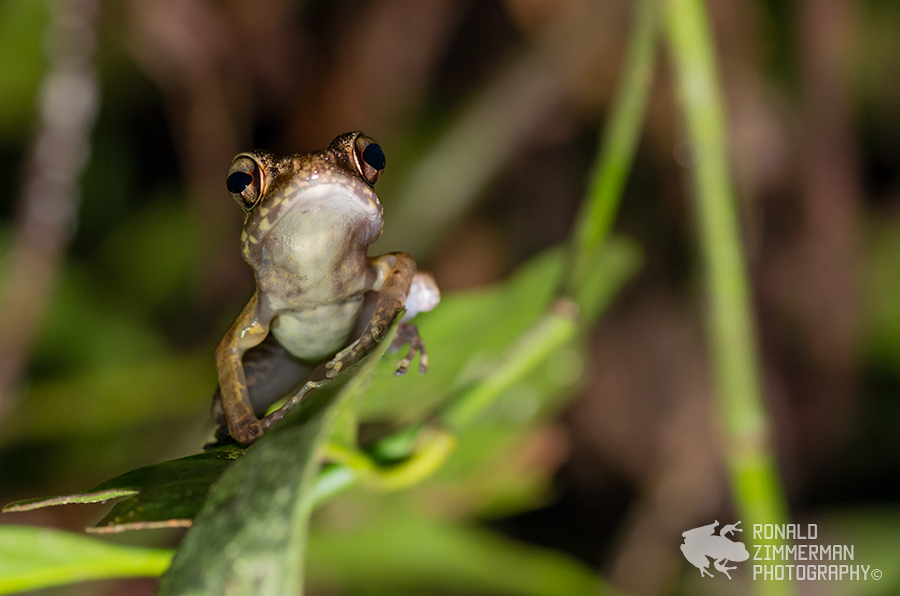 During daytime walks we less spectacular. It was harder to find animals. But sometimes in the early morning or after a thunderstorm it was easier. Sometimes animals appeared during a very nice swim in the river or on the wall of our hostel. 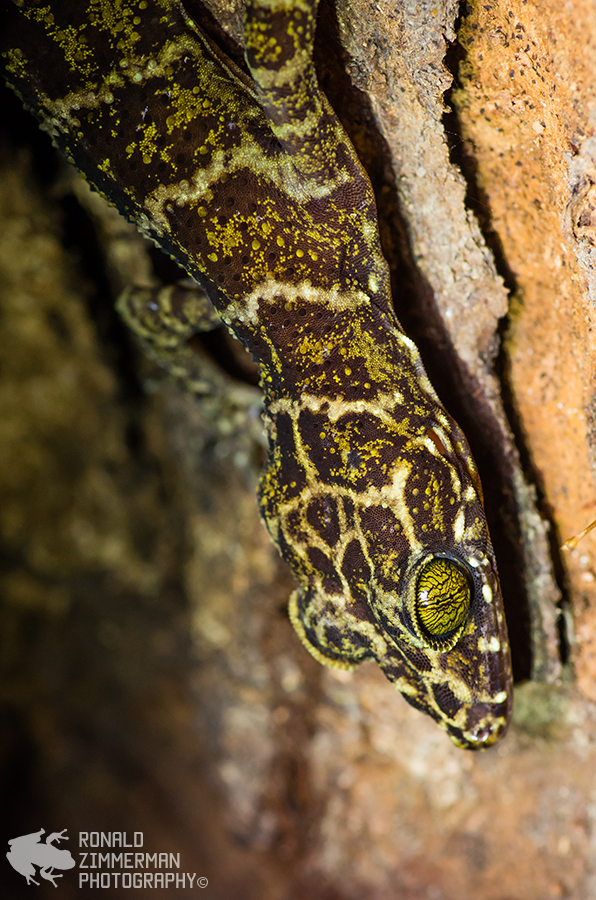 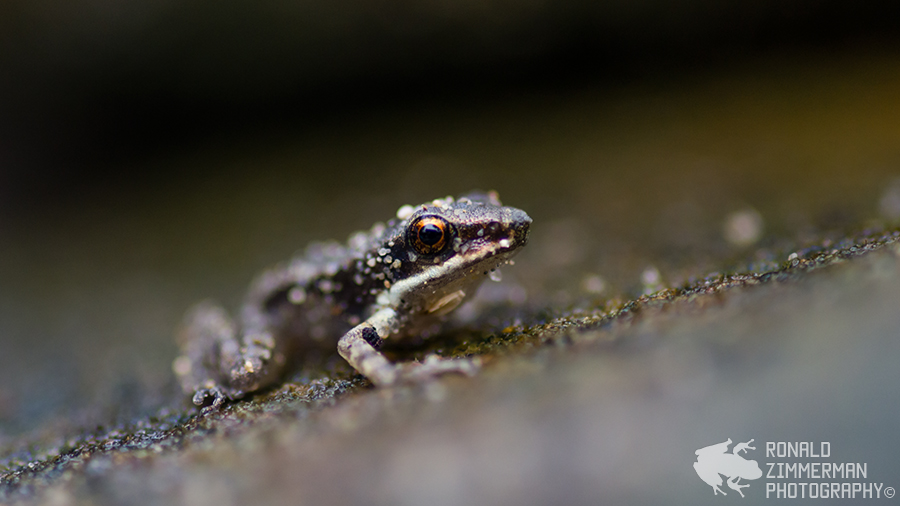 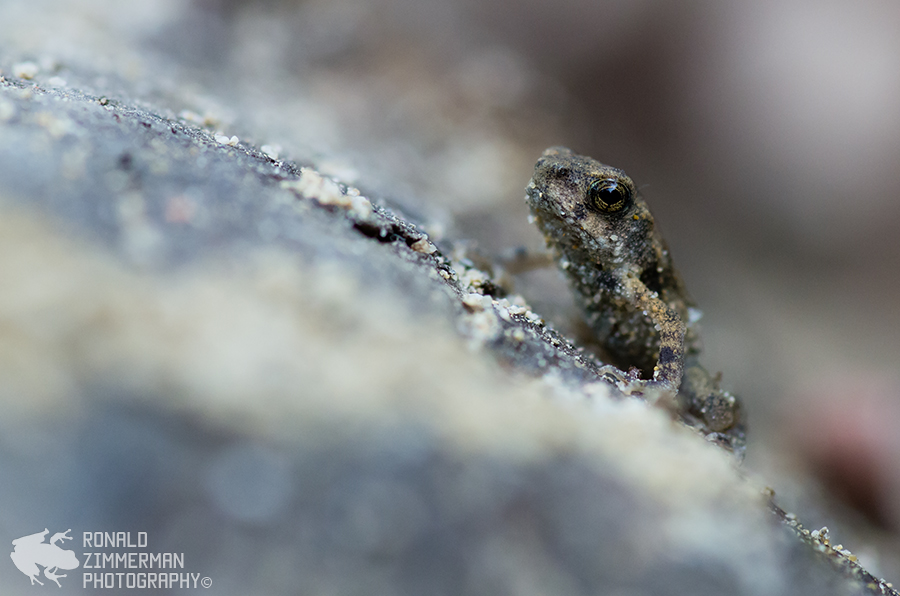 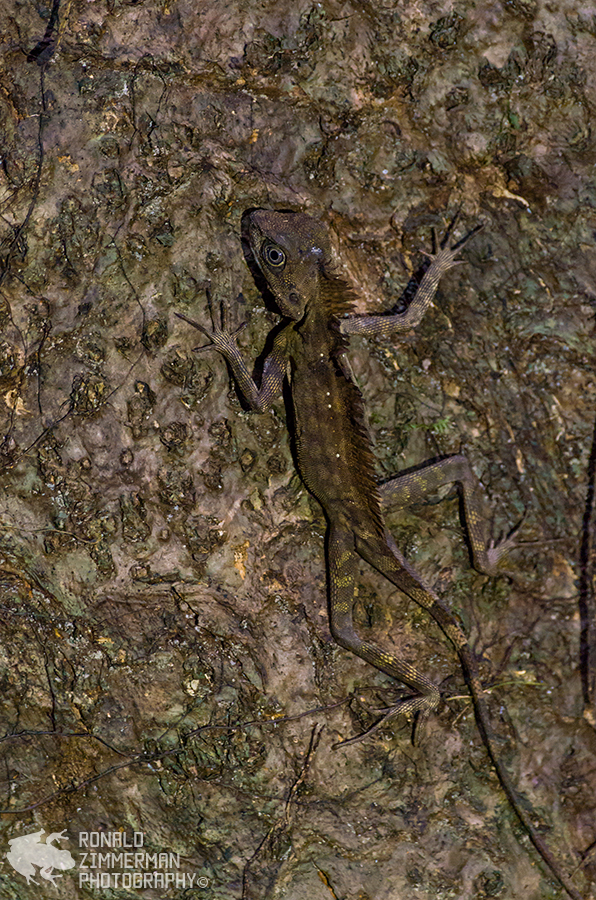 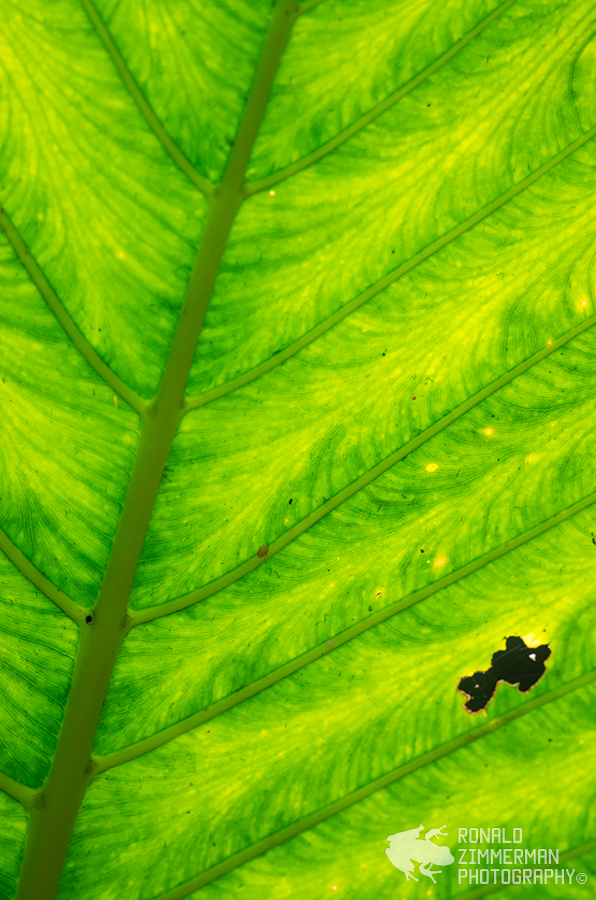 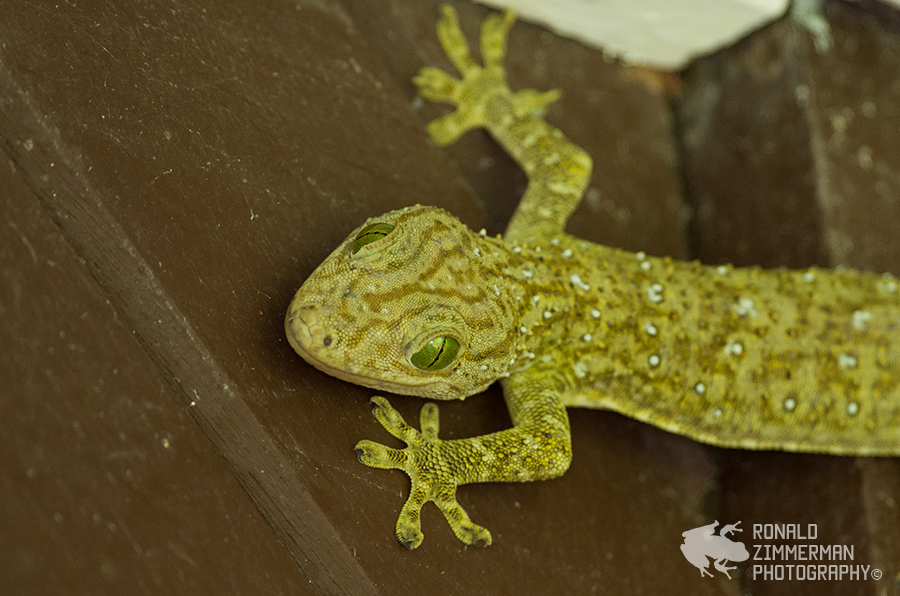 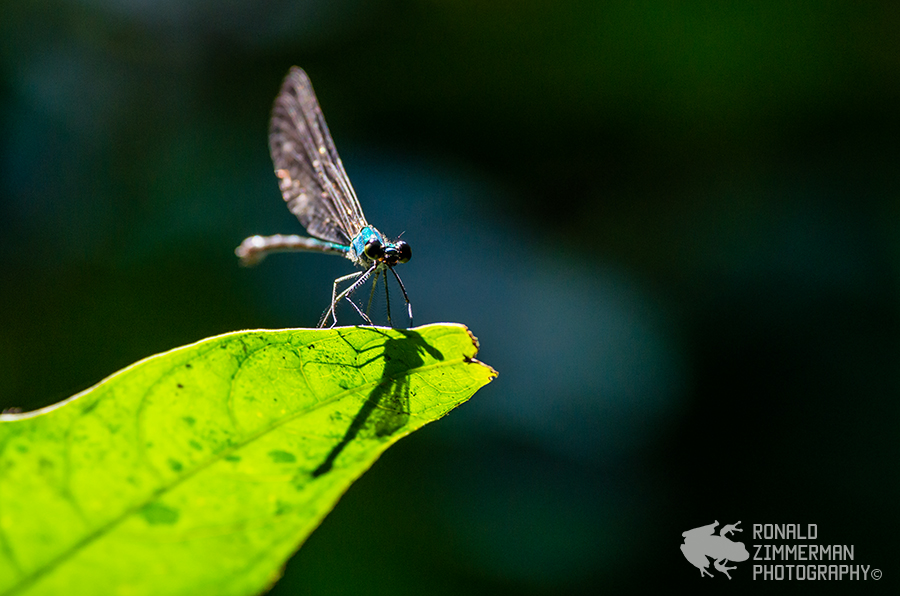 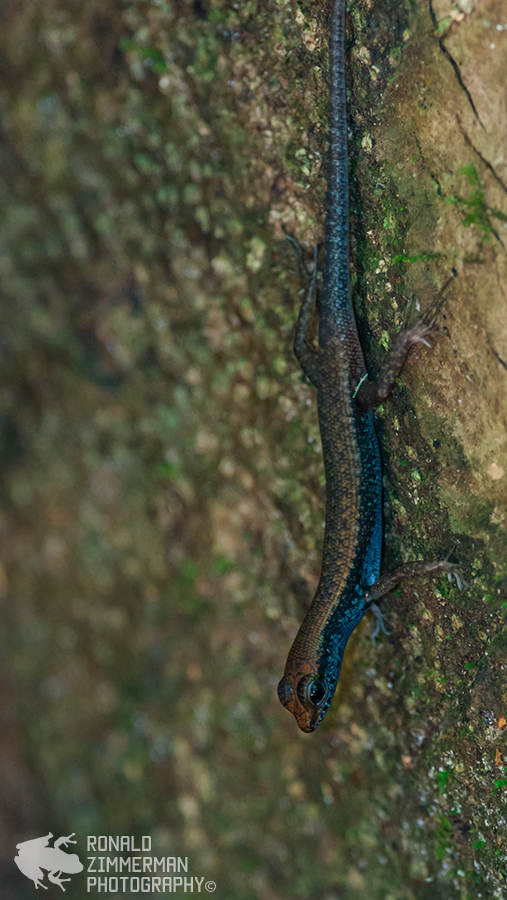 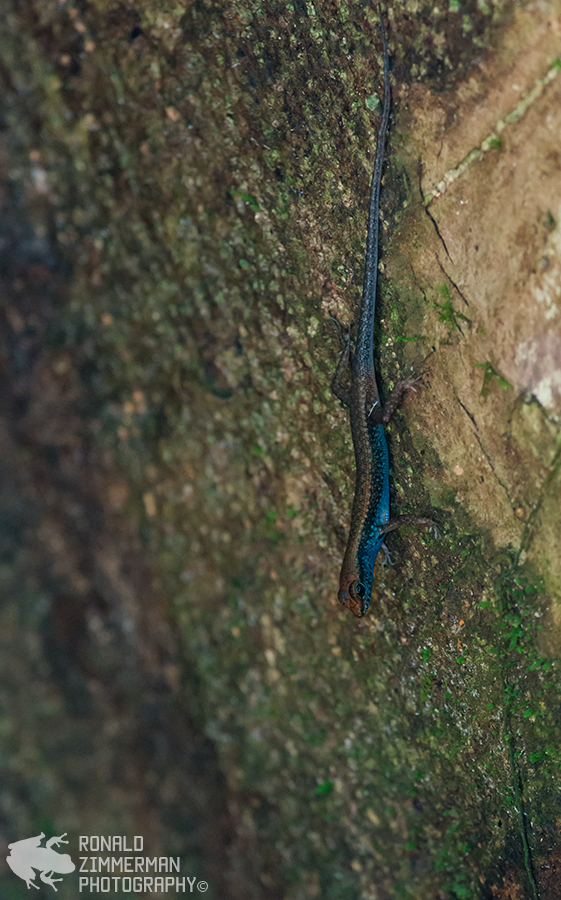 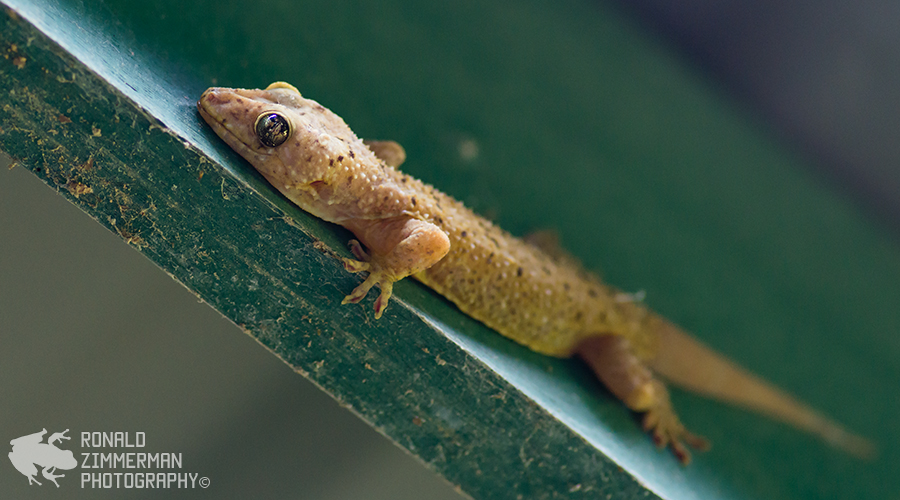 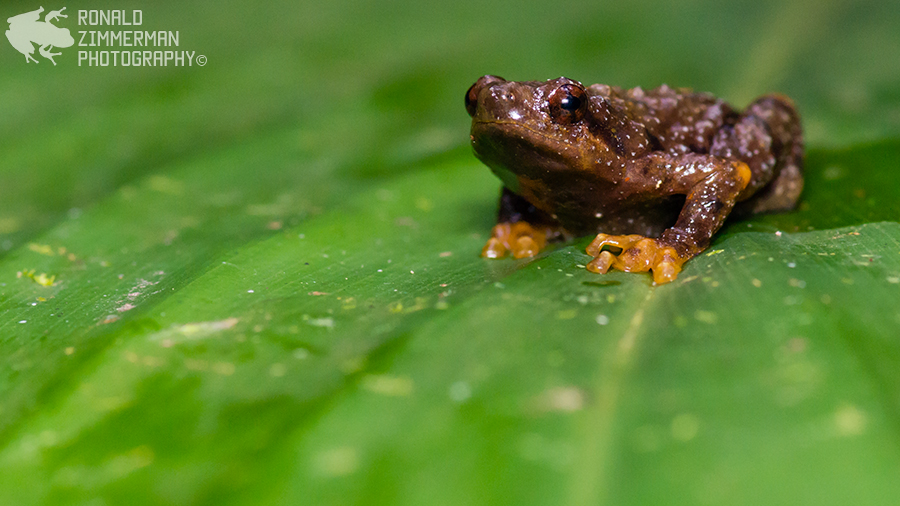 The ‘Garden of Eden Valley Walk‘ was the most spectacular walk we did. At 9:00 we walked to the Deer Cave with a guide. During the walk we saw two beautiful Green Crested Lizards (Bronchocela cristatella). After the short photo session I had to run after the group and enter the Deer Cave.
Inside the cave the floor was covered in guano (bat shit for normal people), so the smell was very ‘fresh’. On the ceiling there were millions of bats. Inside the cave there was also a Greater Swamp Frog (Limnonectes ingeri) eating insects. The guano was rich of insects like cockroaches. After the normal path we climbed down and through narrow places. We literally crawled in the guano. We also walked through the water in the cave. On the other side of the cave we walked on the rocks through the river. The furthest point of the walk was the big waterfall. Just before the waterfall there was a Brown-tailed Racer (Gonyosoma oxycephalum) on the path. On the way back the guide and Jorg almost stepped on it. The snake was lucky.When we were at the waterfall there was a thunderstorm. We had to return earlier. Thunderstorms can cause flooding of the cave, but tall trees can also come down. On our way back the weather cleared so we did not have to hurry anymore. It was time for a nice swim. I also discovered my second leech, so I was bleeding. The ultimate jungle experience! After the refreshing swim we climbed back through the guano. We also visited the Langs Cave.
The final of this tour was the Bat Exodus. Millions of bats left the cave just before sunset. It was great to see them flying together in the shape of a giant flying snake. 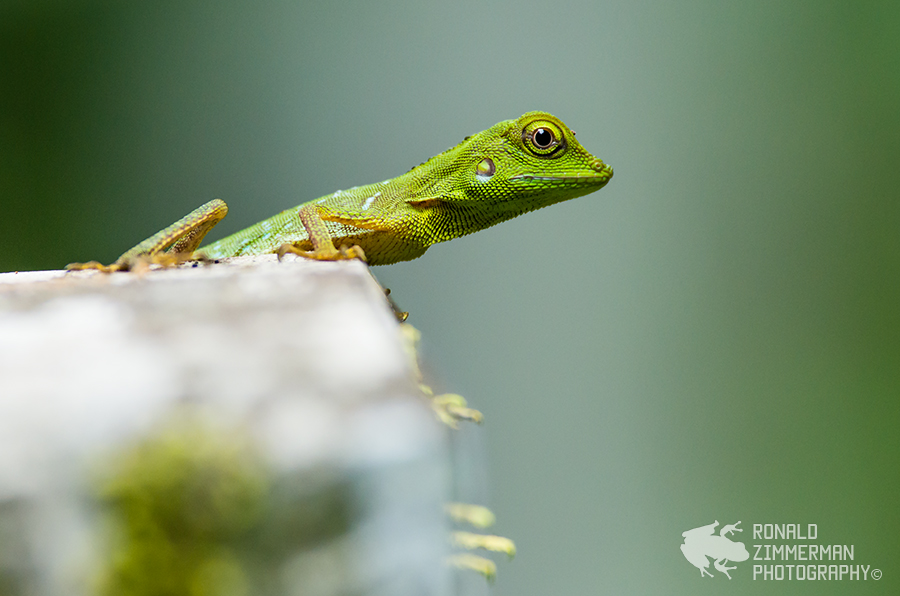 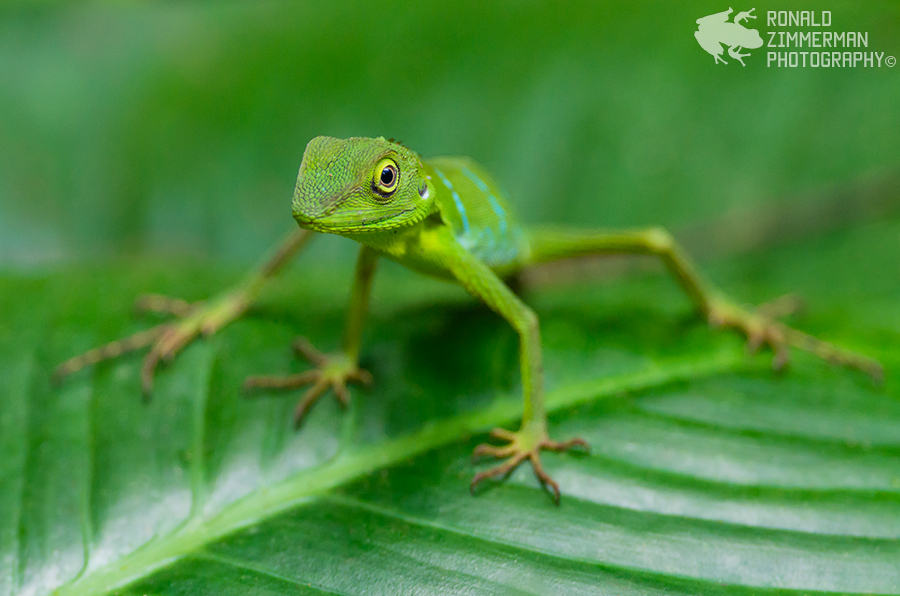 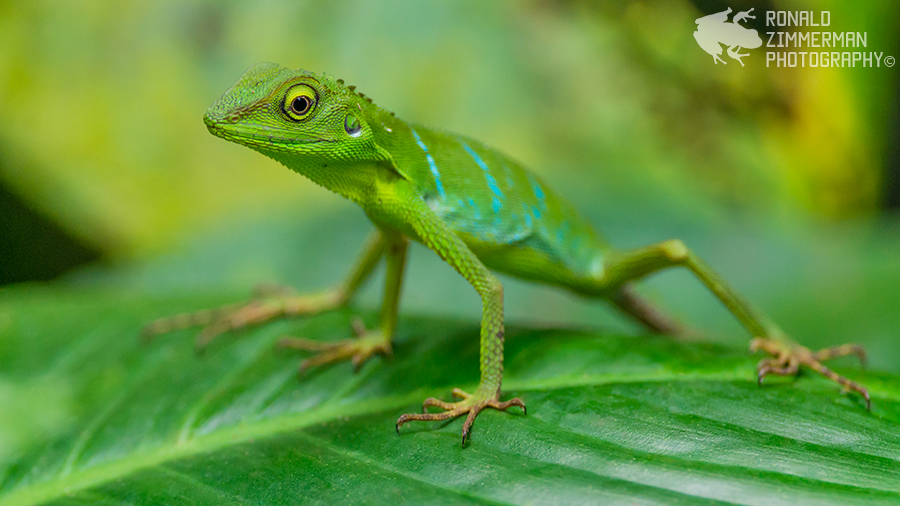 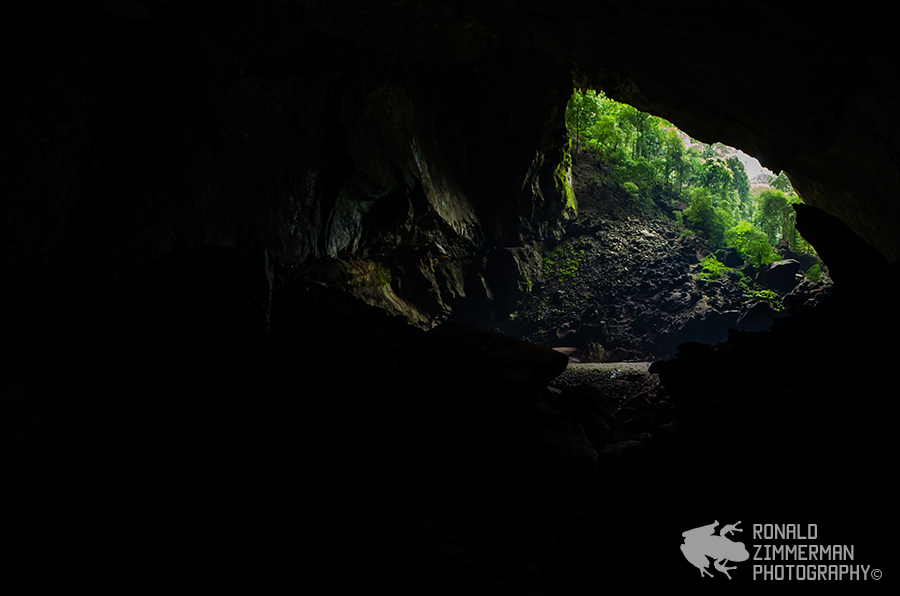 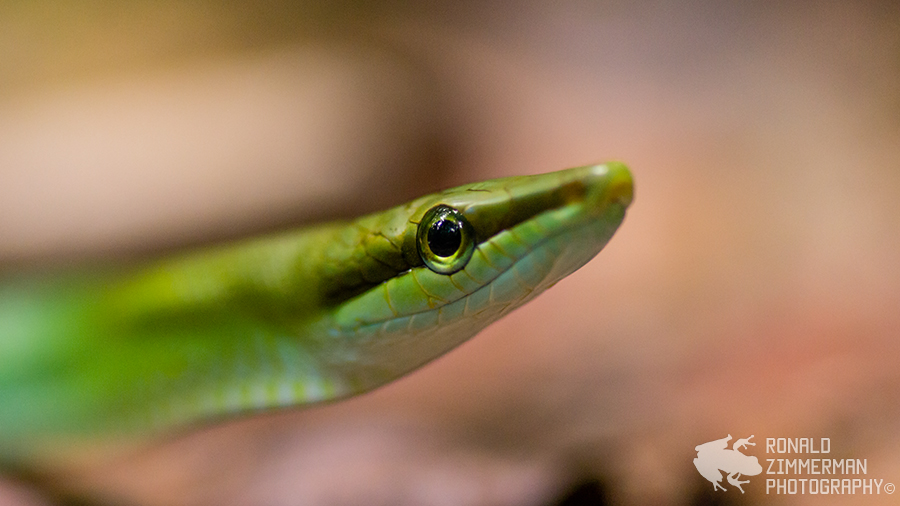 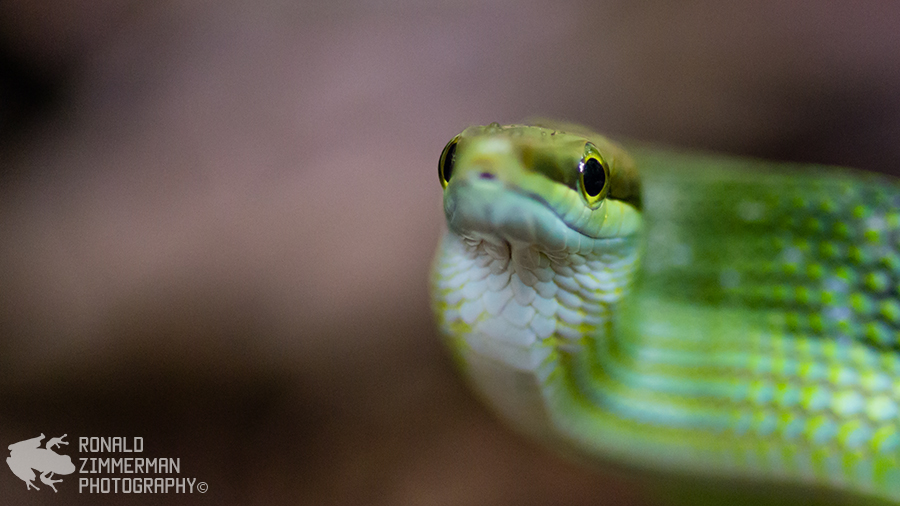 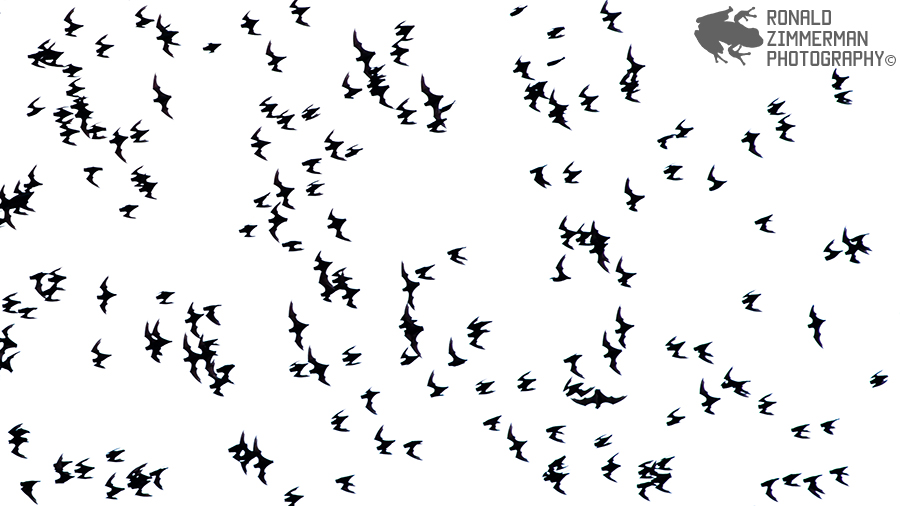 On the last full day we hired a boat to go to the Wind Caves before all the other tourists were there. We stopped at the lunch place. The boat trip was very exciting. The river was not very deep so every once in a while we had to get out and walk and jump back in. Sometimes it felt a bit like Cool Runnings. When we arrived, it almost suddenly started to rain. I decided to sleep. After the rain a beautiful Giant Angle-headed Lizard (Gonocephalus grandis) appeared. This lizard was still a bit wet and shiny and climbing the tree. Again a very beautiful addition! 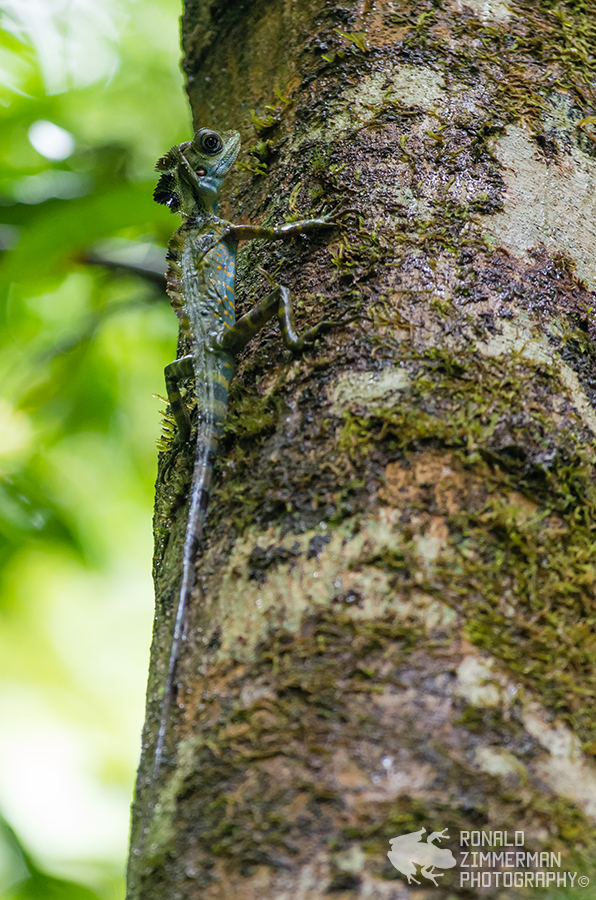 Gunung Mulu National Park was a great experience. It was a very touristic place, but very beautiful primary rainforest. There were a lot of animals around you all the time. I really enjoyed all the geckos and agamas around me. The biggest advantage was that we could walk into the primary rainforest 24-hours a day!

This list contains amphibians and reptiles that I could identify. Not all of them are on the photos.