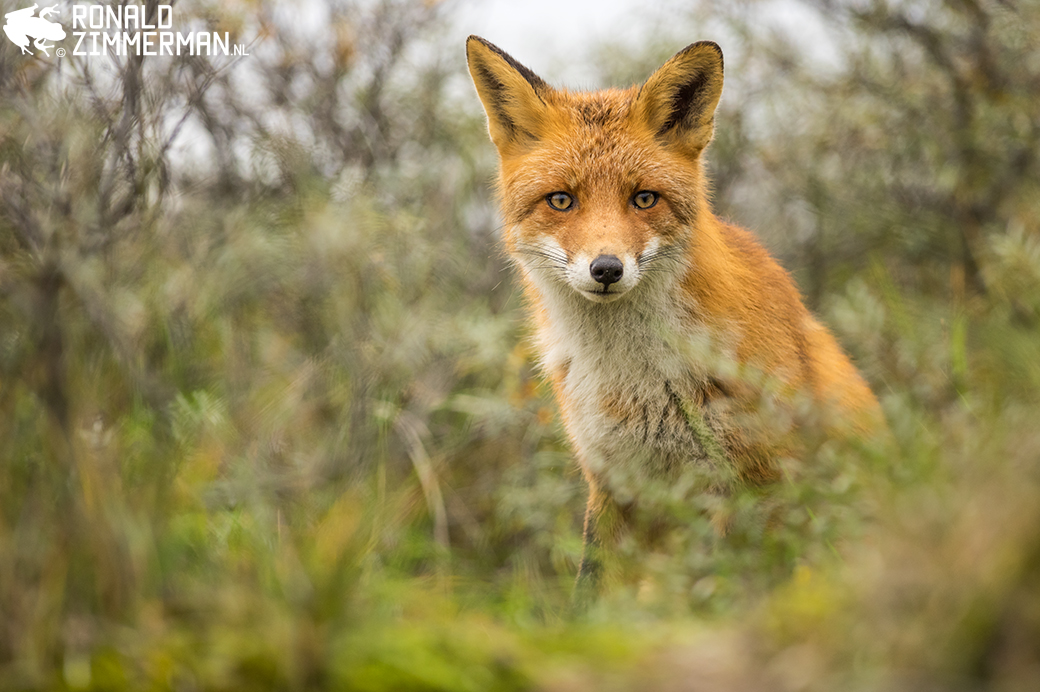 After a great new collection of photos in spring in the Netherlands and two trips to Portugal and to Spain I also had a unforgettable summer in Malawi and Zambia. The most memorable places in Malawi and Zambia were Mount Mulanje, Liwonde National Park, and South Luangwa.
After a trip like that I had many photos to edit and publish on my Facebook Page and this website. I was not sitting behind my desk all the time for the past five months. I also did not go to another country. My trip to Malawi and Zambia was very expensive and I did not have options that were good enough. So I have spent my time in the Netherlands and I was able to photograph two local wildlife phenomena.

#1 Red Deer rut in Nationaal Park De Hoge Veluwe
In the first week of October I went to the Red Deer (Cervus elaphus) ‘rut’ in Nationaal Park De Hoge Veluwe (the Netherlands).The Red Deer (Cervus elaphus) ‘rut’ is one of Europe’s most spectacular wildlife phenomena. Males engage in fierce mating battles for dominance and the chance to mate. The stag announces his superiority over other males by constantly bellowing out an echoing roar, as you can see on this photo.
This year’s rut almost came to an end the moment I was there. The stag looked very exhausted. We did not see fights. Next year I want to go a little earlier to see the fierce mating battles. 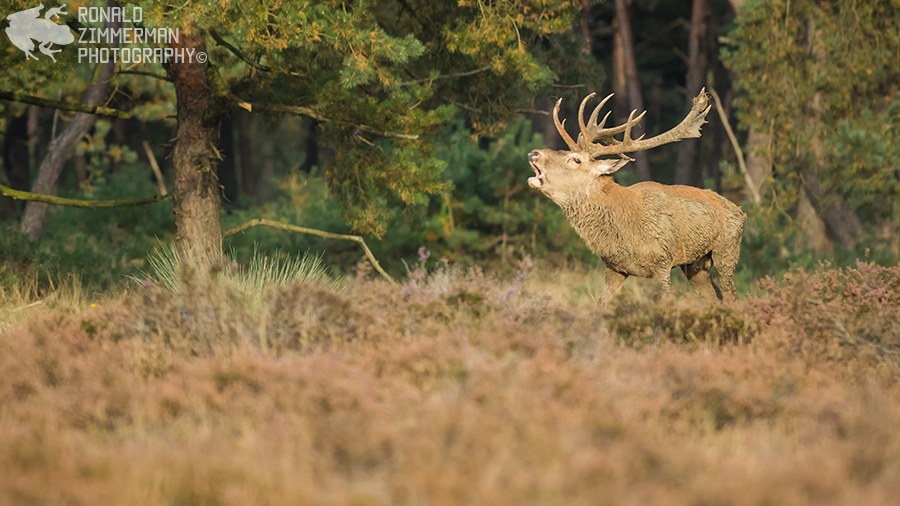 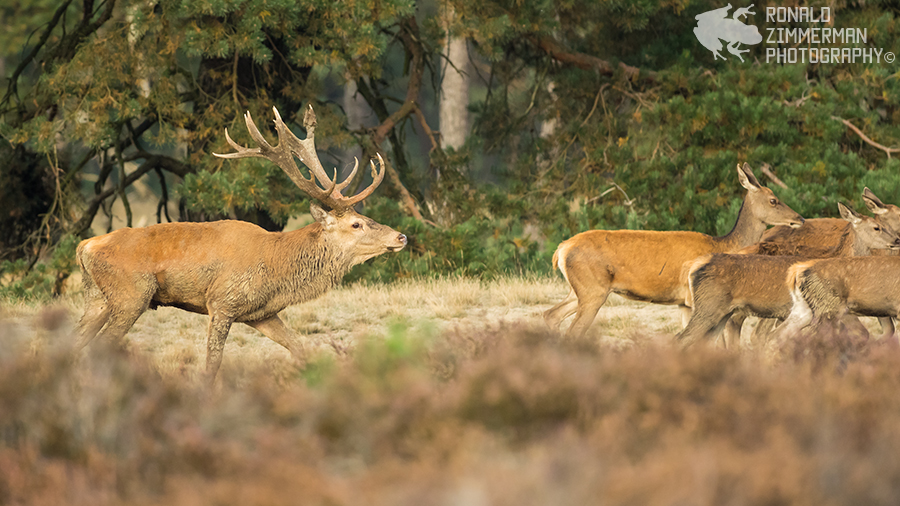 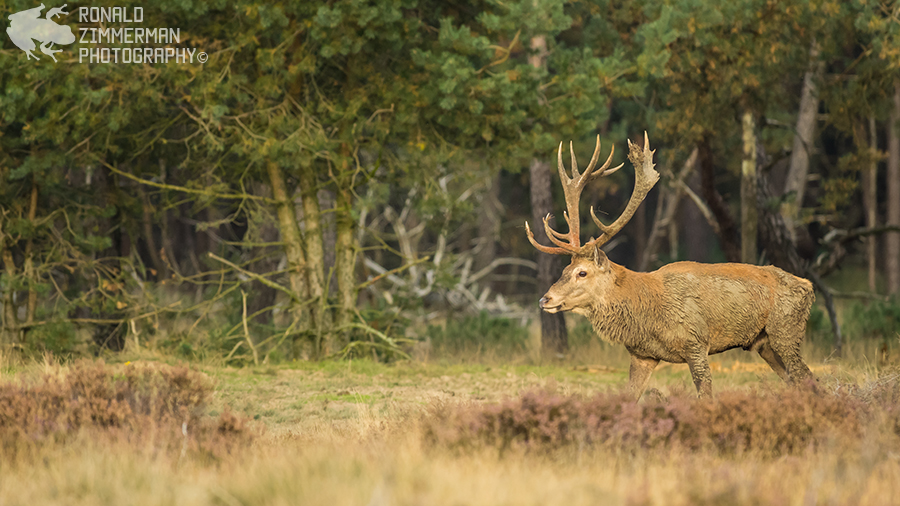 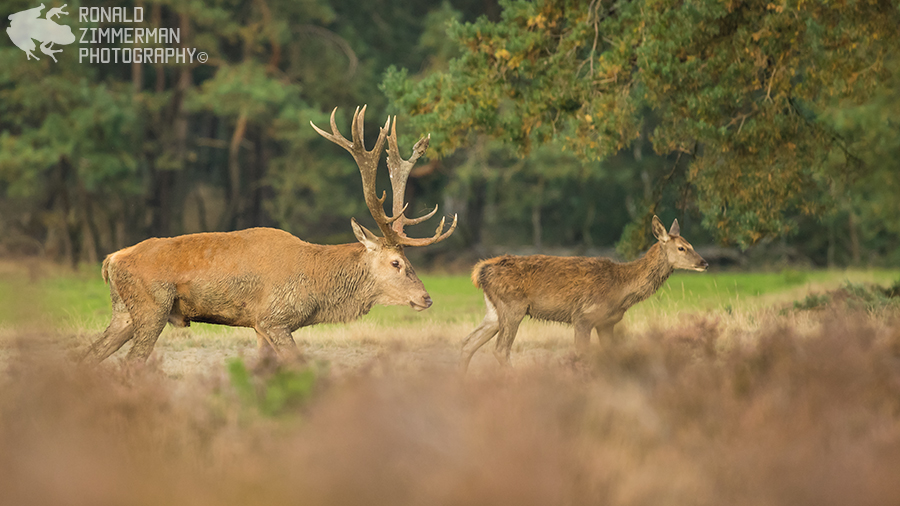 On the next photo you can see a stag ‘checking out’ the hinds. This stag was the only male we saw. He attempted to mate with one of the hinds, but she was ‘not in the mood’. 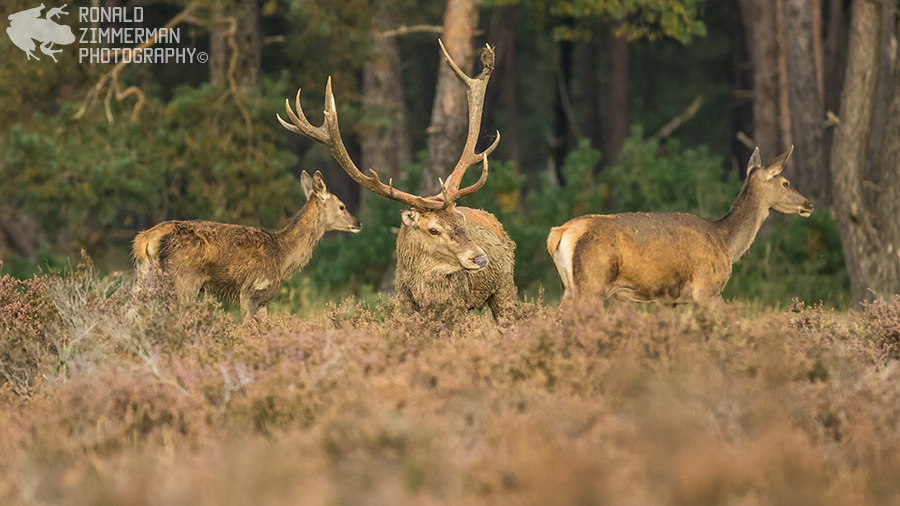 #2 Fallow Deer rut in the dunes
In the last week of October it was mating season for the Fallow Deer (Dama dama) in the dunes  (Amsterdamse Waterleidingduinen). When I was there I was able to hear the males roaring from all directions. The Fallow Deer rut is not as spectacular as the Red Deer rut, because they are smaller and not so loud. The fun thing about this rut is that you can see this wildlife phenomena from a very close distance without many other photographers around.

The first photo was an experiment with a very fast stag running from right to left. 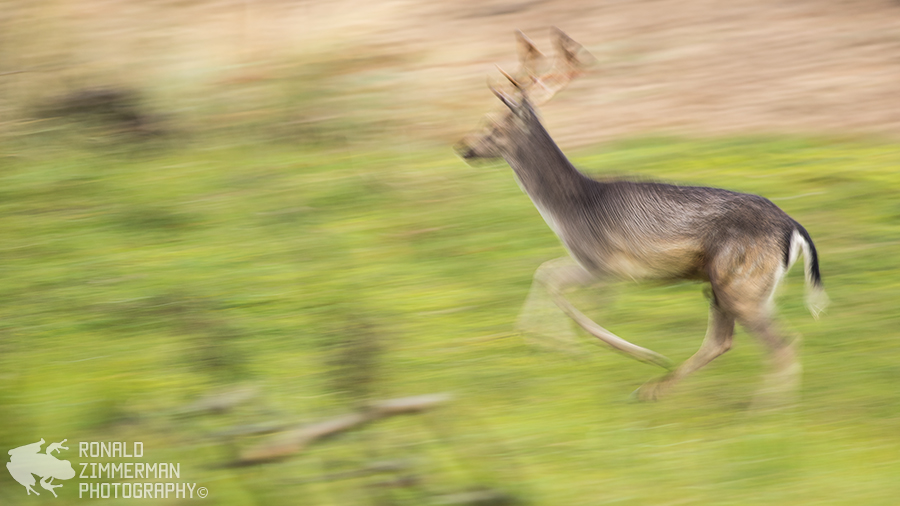 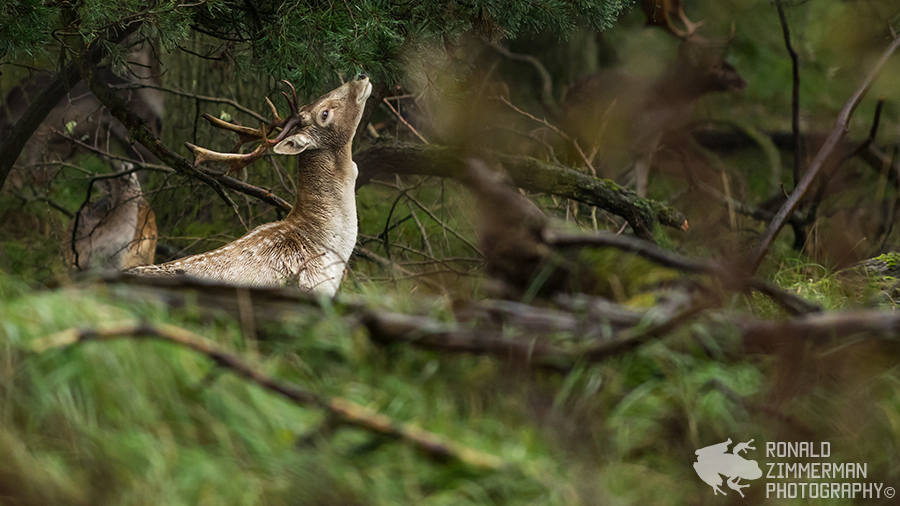 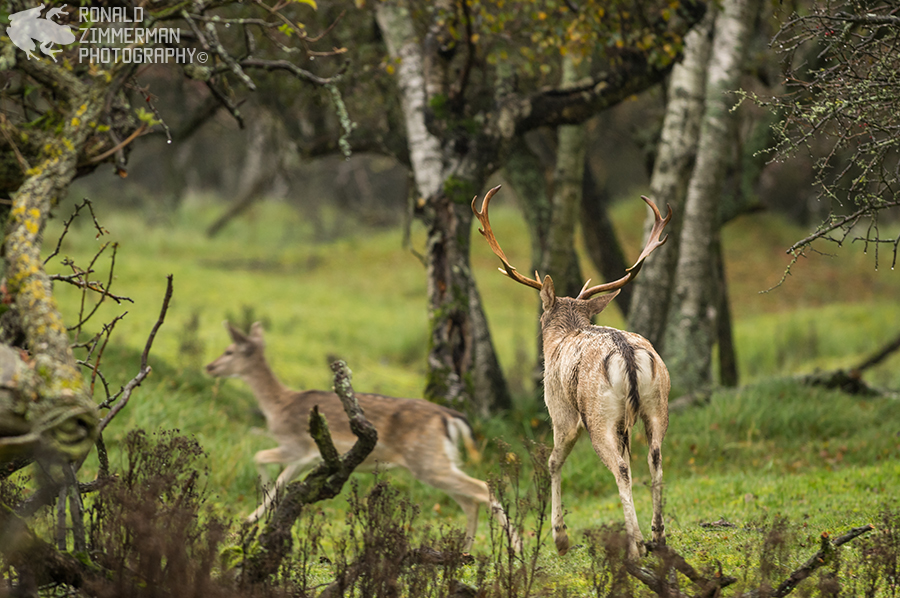 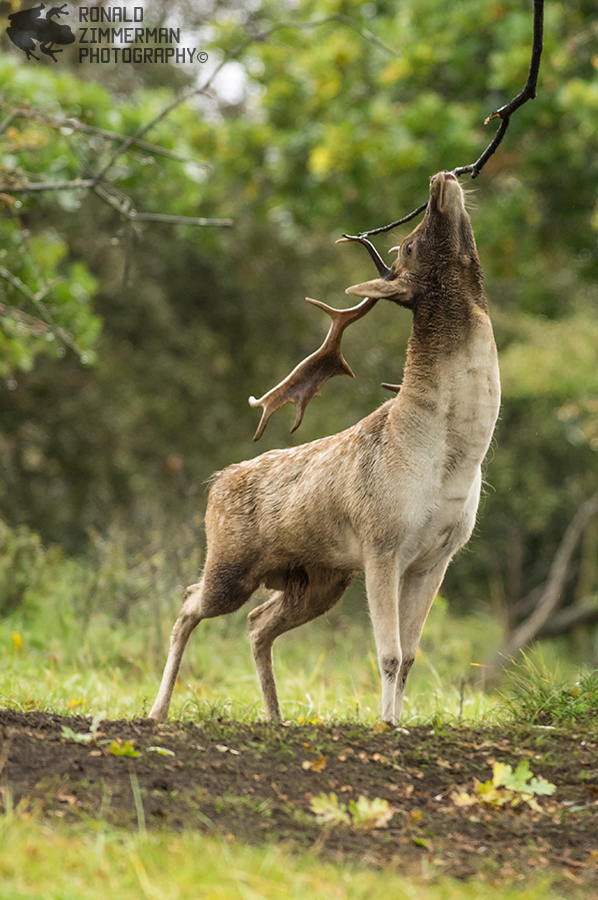 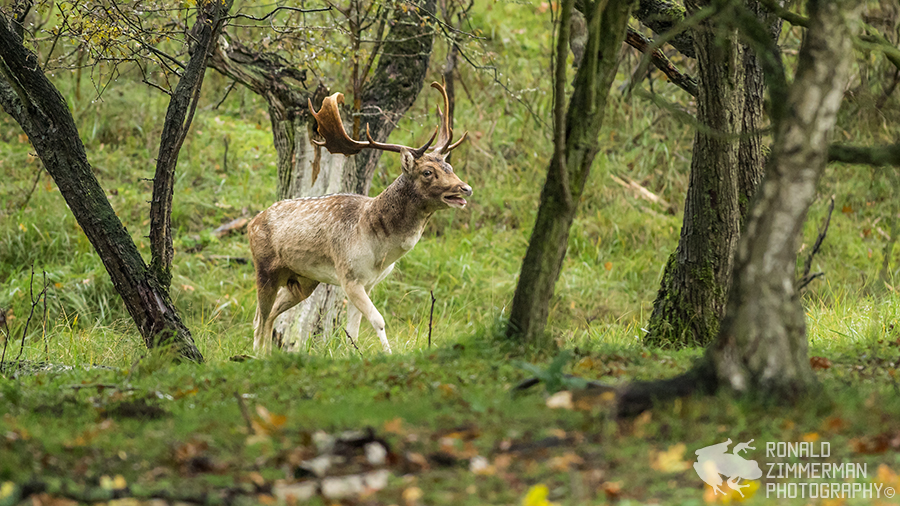 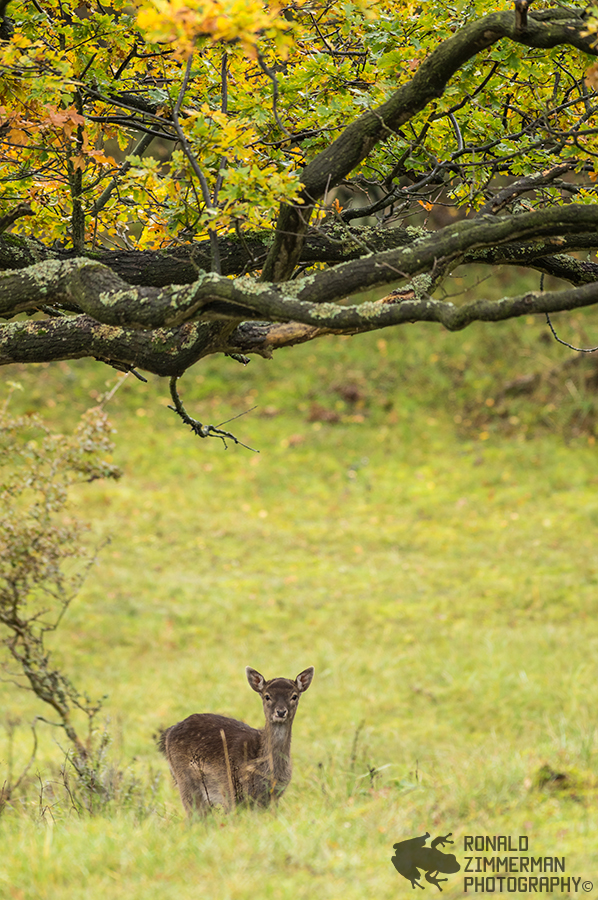 For the next photo I tried something different. I used the plants as a ‘natural frame’ that guides you to the subject, the roaring buck. 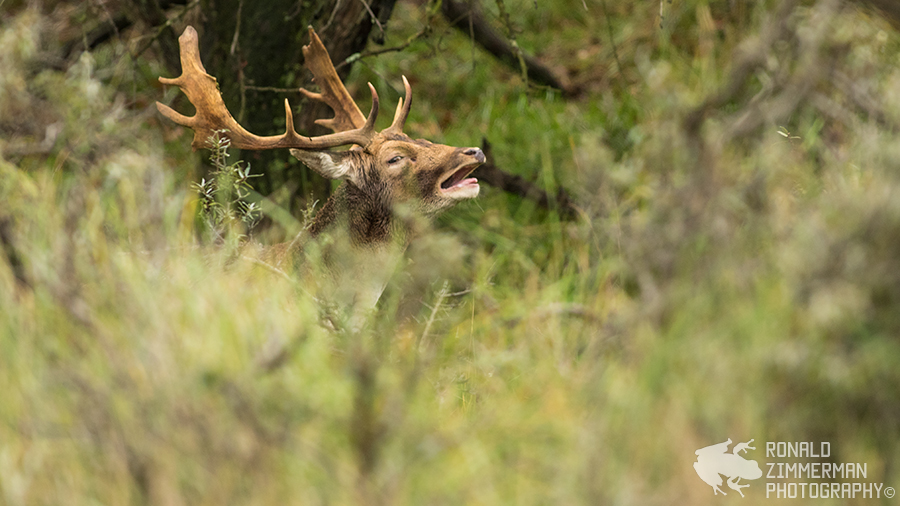 A Fly Agaric (Amanita muscaria) is also something that has to be in an ‘autumn report’. 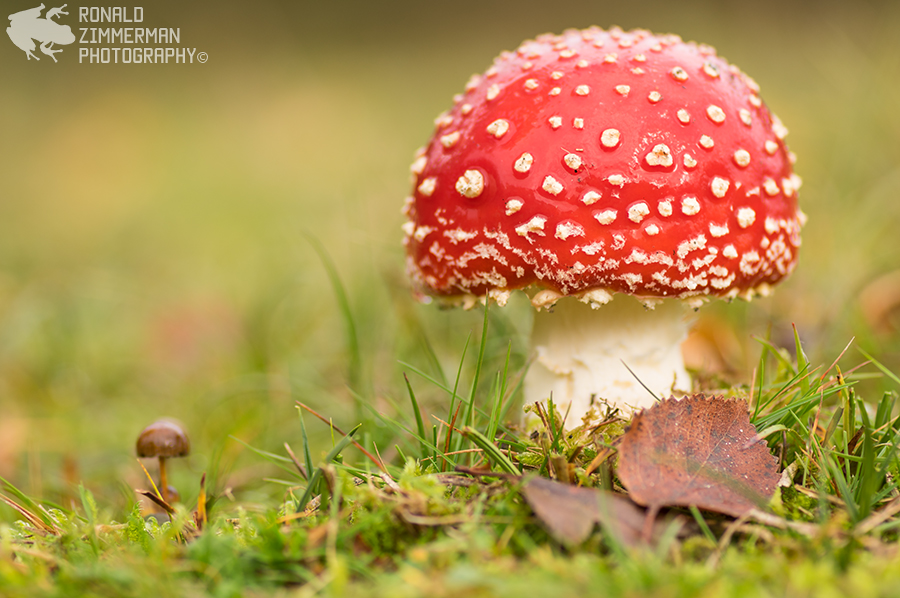 In the dunes I also saw at least three very tame Red Foxes (Vulpes vulpes). The foxes on this location are the most photographed foxes of the Netherlands. 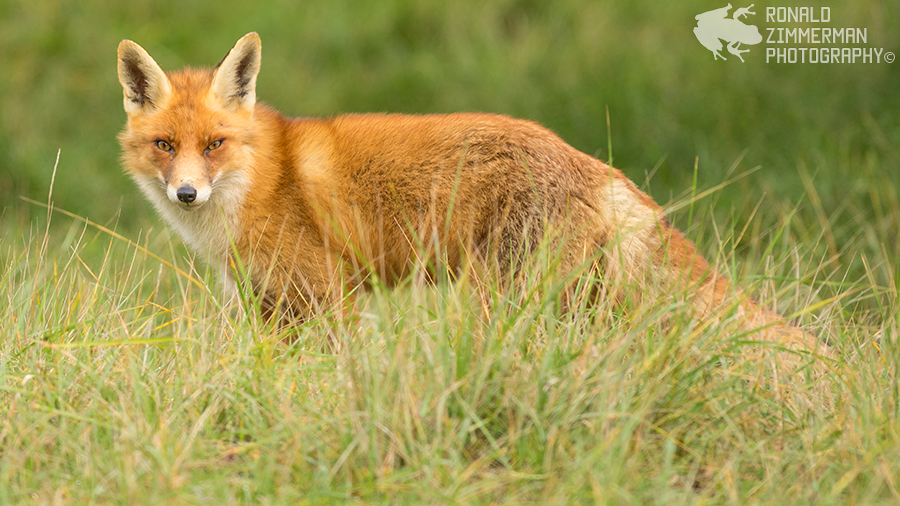 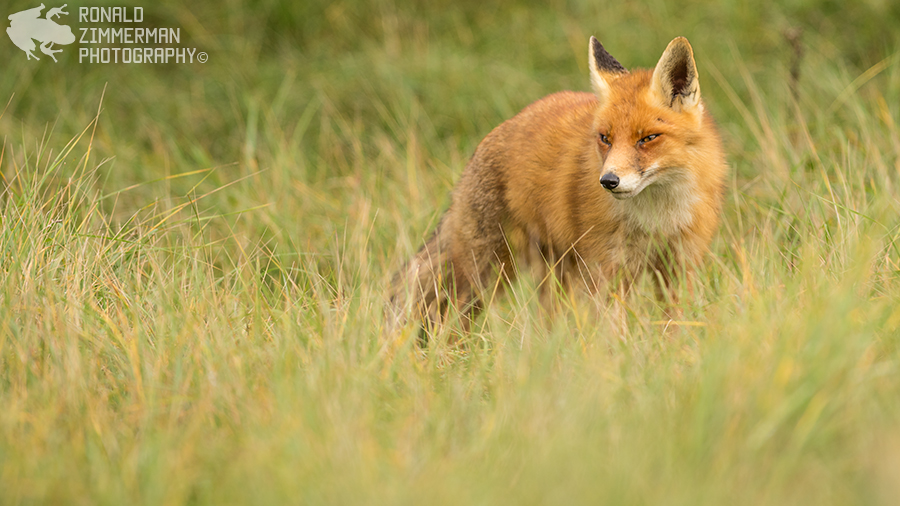 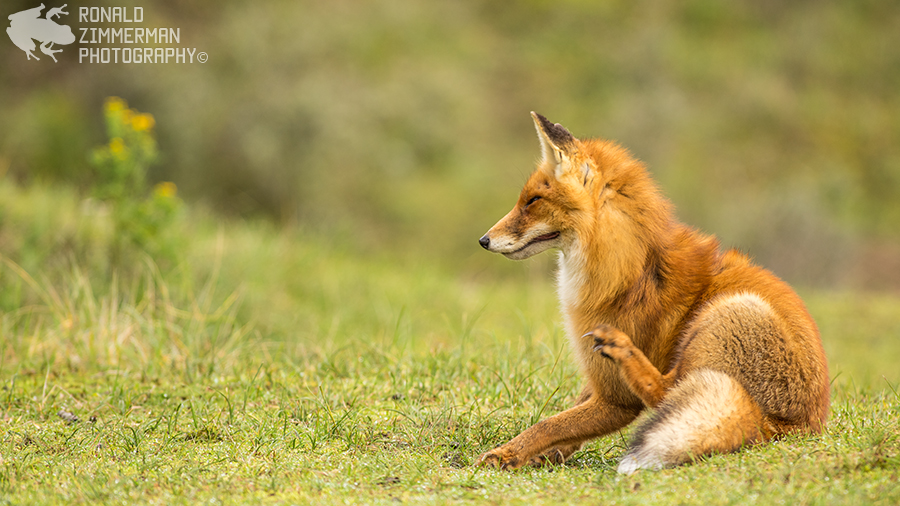 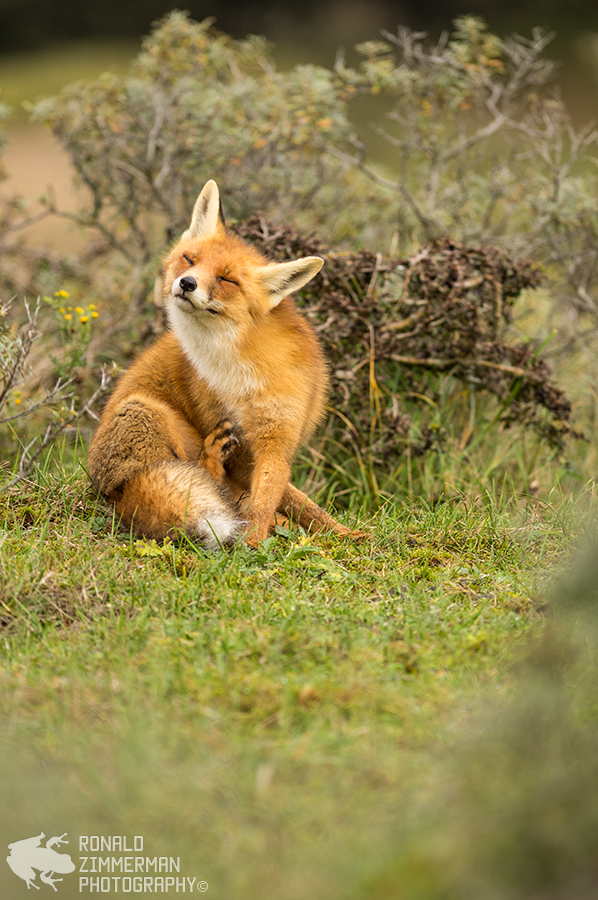 Foxes that are regularly fed by humans tend to lose some of their fear of people (especially when they are being hand-fed) and might encourage them to approach people. Foxes might defend themselves when they feel cornered.Their bites can be serious, even life threatening to small children. Besides that, not all people can be trusted by foxes. 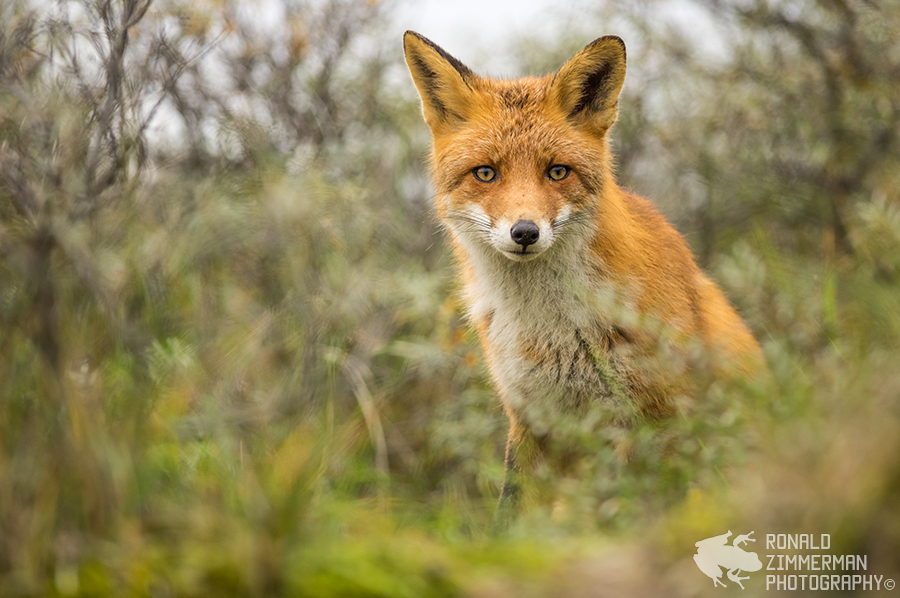 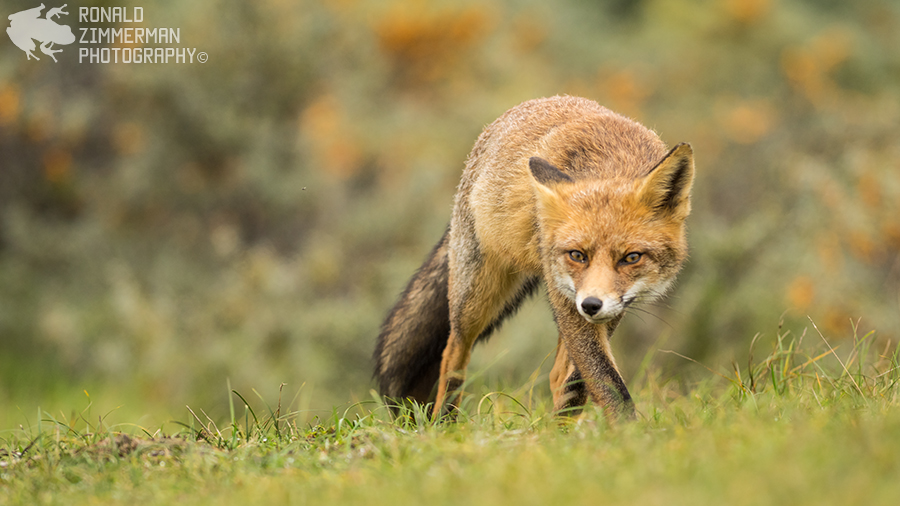 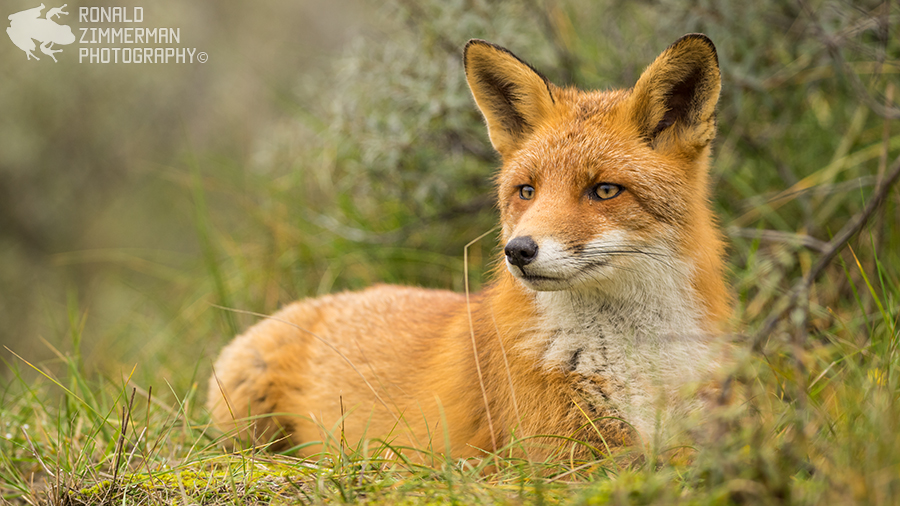 The foxes in the dunes (Amsterdamse Waterleidingduinen) are very easy to photograph. It is harder to photograph them showing more ‘natural behavior’. That was the challenge.
After a while it became crowded with other people with cameras. Many of them were hand-feeding the foxes, calling the foxes names like they were their dogs, and they let the foxes pose by putting food on certain places. They also let the foxes sit like a dog. It was all not very ethical.
I did not want to ruin my mood, so I decided to photograph one more Fallow Deer buck, and went home. 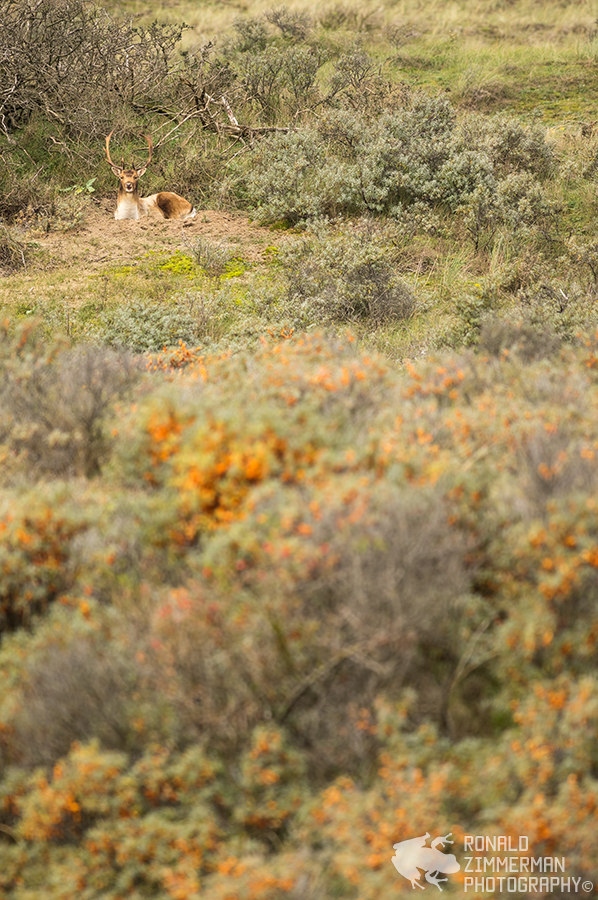 This blog article is one of many articles on my website. If you want to read more, please go to the blog section of my website.
If you do not want to miss any of my new adventures you can follow me on social media. The links to my Facebook Page and other social media are at the bottom of this page.
Leaving a comment or giving a ‘like’ is always appreciated. See you in 2016!